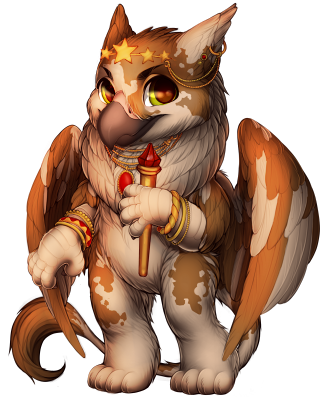 Born of regal bloodlines, Azure was not one to mingle among the commoners. She'd much rather spend her day complaining within the confines of her castle and harassing one of the many employed under her father, the Duke.

However, today was a "special" day where a commoner was present in her home. Not particularly for herself, but more to figure out what happened to her sister. With a heavy accent, she began, "Often, I'm fairly bored here.." She scowled at the scribe. "Did you jot that down? I'm bored." The pitiful truth was she had all she could ever want, and there wasn't much more to do after that. Every single one of her whims were taken care of, often before she even knew she needed it.

She was once close to her twin sister, Lana. However, an odd occurrence happened and they no longer looked the same. The two who once shared a room, spent most of their time apart. In fact, they hadn't spoken since the accident. The scribe hesitantly urged Azure to talk about what happened to her sister. Before he could continue she rang a small bell and he was escorted out of her quarters.