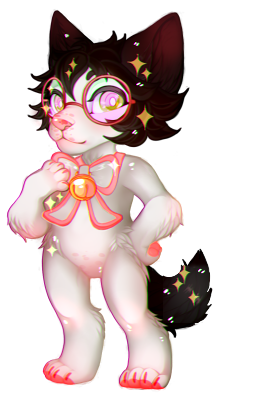 Suzie Q is infected with Lycanthropy. Changes into a beastly monster after exposure to moonlight or especially frustrating board games. Howling at the moon relieves the symptoms for a little while, but use a Golden Apple for best results.

People might laugh and say it's just a fairy tale....
❀ ❀ ❀ 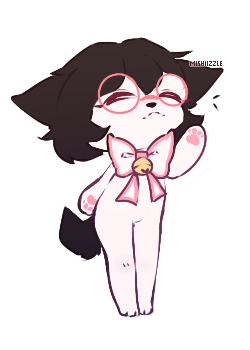 Suzie Q is the angelic spirit of the last deceased Honshu wolf, a majestic breed of wolves that slowly went extinct. No one is really sure if she's alive or not.

She originally discovered and helped develop Fairfay, a village that embraces peace and nature. She has found many friends in the creatures that are drawn to the vivid smelling flowers..

She has a soft, light aura that surrounds her delicate, opalescent white pelt. Her soul is gentle, and her personality a bit timid, She was one of the original founders of Fairfay, along with Papaya, but has since stepped down as mayor to Lila, who is much more mature and diplomatic (Suzie was personally happy to have a little more freedom). Despite this, Suzie was a pretty decent first mayor, and managed to create a bustling economy, even thought she is actually rather airheaded at times and forgetful.

In her free time, she loves to collect plushies. She's even tried her hand at making one.
Suzie is described as kind, playful, loving, and a little childish by those who know her. She also smells like honeysuckles.