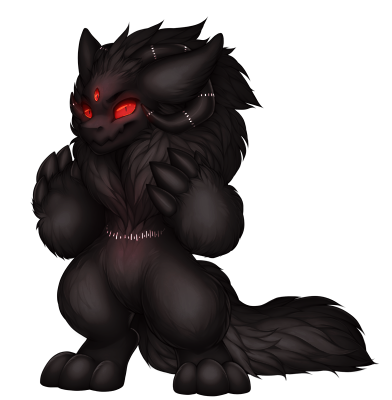 Phobos is an incorporeal entity who spends his time wandering around the Quetzal Palace at night, spreading nightmares and terrors wherever he goes.

He is incapable of moving too far away from some central point, and so he cannot go passed the outskirts of the Quetzal Palace. If approached, he becomes aggressive-- typically leading to some form of attack. Despite his incorporeal state, he can focus his energy to become a physical being, allowing him to harm others when threatened or aggravated. This, however, exhausts him.

Nobody knows much about him, and all of this information is based off of rumors. Most people say he doesn't exist, and he spawned from the imagination of someone who wanted to give their friends a good scare. (Art by me! Check out more of my stuff on my art blog!)