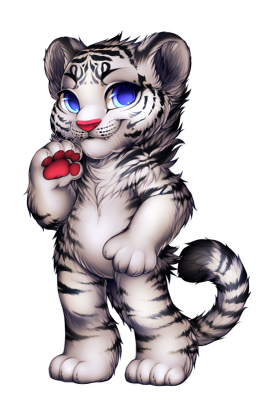 Tora is infected with Lycanthropy. Changes into a beastly monster after exposure to moonlight or especially frustrating board games. Howling at the moon relieves the symptoms for a little while, but use a Golden Apple for best results.

Time for a joke!

A magician was having a terrible time trying to keep his career going. This was because of a surly, loud-mouthed parrot he had purchased in an attempt to make his act more interesting and was now forever stuck with. The parrot had the nasty habit of giving away whatever trick the magician was performing. He would go to pull a rabbit out of his hat and the parrot would squawk "It's hidden inside the table!" He would try and make a bouquet appear out of thin air and the parrot would shriek "Up his sleeve! Up his sleeve!" It was a miracle the poor magician could get any gigs at all.

One day, the magician's manager somehow got him a job performing on a cruise ship, a job he desperately needed. Once he got on board and started performing, it went as poorly as it usually did, with the parrot calling out how each trick worked. Just when the audience was getting ready to boo the magician entirely off the stage, however, the cruise ship hit an iceberg and begins to sink. The magician managed to swim to an island nearby and watched, soaking wet and out of breath, as the ship disappeared beneath the waves.

While he was sitting on the sand, he heard a grumbling noise from a nearby tree. There, sitting on a branch and looking extremely disgruntled, was the parrot. The bird noticed the magician staring and scowled while his feathers ruffled up. "Alright, I give up," said the parrot. "Where'd you hide the bloody ship?!"