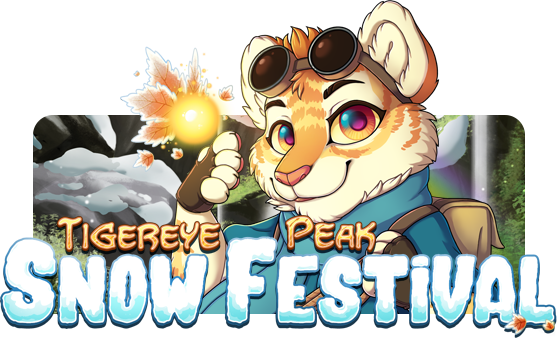 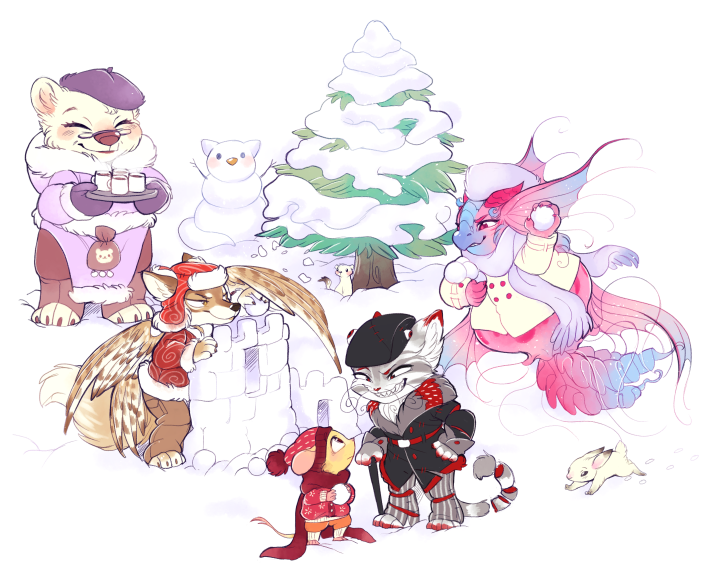 Hello everyone and welcome to the fifth annual Snow Festival! It’s wonderful to see so many familiar faces, I’m thrilled to have all of you joining us again this year. But for all those newcomers, let me introduce myself, my name is Polaria, and I'm the mayor of Tigereye Peak. Soo... on behalf of my village and all its residents, we're excited to share this year’s Snow Festival with you! Now, everyone grab a nice festival drink and snack and have a seat, we have lots to talk about.

Every year the snow fairies come out of hiding to play with the residents of Tigereye Peak and help us greet the chilly winter season! We've encouraged them to travel far and wide across Furvilla, so you'll be able to celebrate with them too! Each fairy has a special ability that'll bring a boon to your villagers.

Fairies will befriend you while you explore and fight in the special wintery battleground. You'll encounter them easily at first, but as you collect a lot of fairies, they will slowly become more rare to encounter. But don’t you worry your pretty little heads, this resets every even hour.

Looks like some of our villagers are getting into the spirit of the holiday too!

Click the stickers to see the full villager images!

There are so many cute outfits that are available this year! One of the fairies will give you one of their Magic Stickers if you ask it nicely enough then voila, a brand new look!

And joining those adorable little creatures above, this year we have the Snow Day Stone Villagers! Snow Day Stones can be obtained from the new Snow Festival Stone Fairy which can be found while exploring and by your Warriors in the special winter battleground.

Click the Stones to see the full villager images!

Snow Pets and The Water of Life

The Snow Pet population has simply exploded now that the Festival has come! During the festival, these mythical snow creatures breed quite fast, with cool-downs of only two days. Snow Pets will be breedable until January 31st.

We also have some new ways to help you complete your Menageries!

By donating any Snow Pet to Rainbow Falls, (accessible from the Snow Festival hub), you will be awarded a number of Vials of Lifewater. Alchemists may use this precious ingredient to create a potion similar to Dragonsmaw Manor's Hallowed Potion, Water of Life.

Water of life must be used from the inventory on a sterile animal in your inventory. That sterile animal will be made permanently breedable with +2 maximum breeding charges. You’ll still need to use a Revitabite Biscuit to “recharge” those charges.

The following animals refuse to drink this potion:

Water of Life Recipe, Useful Flask, and Revitabite Biscuits are permanently available in The Cottage Shoppe.

The ability to donate Snow Pets will last through February 1st. Rainbow Falls will be available during each Snow Festival.

Oh my! I almost forgot, you can get this new set of wonderful holiday goodies from the Feast Fairies, as well as some treats from years gone by.

Thank you for having this nice little visit with me, I love having company over. And remember, all of us here at Tigereye Peak hope you enjoy the Snow Festival!

-Snow Pets have a 2 Day Cooldown until 11:59 PM on January 31st, at which time they become unbreedable.

-Donate any Snow Pet to Rainbow Falls to receive Vials of Lifewater, which can be used by an alchemist to create Water of Life. You may donate until the end of the day on February 1st. Rainbow Falls is available yearly.

-Fairies are obtained from the Explore career, and begin with a 20% drop rate, decreasing by 1% with every fairy found to a 1% drop rate. This resets at the beginning of every even numbered hour. Fairies will drop until the end of January 7th.

-Fairies (and some cute keepsakes) are also available in a special Wintery Battleground called the Northernmost Rim!