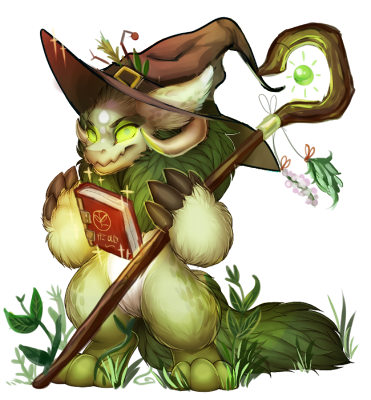 All comments by Professor Hosta are in-character. He is likely to scold you.

That one is no longer my concern, so please don't ask.
My current student, however, is a regrettable responsibility.

Disclaimer: If any of Professor Hosta's students (or dropouts) have caused you any significant distress, he is truly sorry, but you will have to issue an official complaint with higher management. Letters of official complaint may be addressed directly to the garbage pail.

Poor, overworked Professor Hosta. Teachers really don't get the respect they deserve, for all they have to go through. Children, truly, are incessantly inharmonious, and the one thing the Professor hates more than over-steeped tea is inharmonious magical energy. Really, no one knows how he got roped into the gig, seeing how much he clearly dislikes children.

But, a man must make do. Hosta tries his best to set the little fools on the right path, and to be fair, some of them have turned out average at the very least. The truth is, what students tend to lack most of all- is motivation.

When Hosta was young, not just any little kit or cub could pick up a wand, start swinging it around, and call themself a witch or a potions master. It was those who had desperation that made it the farthest and achieved actual skill. Those students with a reason for being, a reason to create magic, will always be the most prized in Hosta's eyes. After all, deep down, Hosta is a kindly sort of person. He enjoys sitting down for tea and having long discussions about magical theory... but when you spend your days surrounded by young things who think they know better than you, no amount of honey in your tea can make teaching taste sweet again.

Hosta's lessons are difficult, to be sure. He won't go easy on anyone, and has brought more than one student to tears with silent disapproval. Most would-be-wizards and would-be-witches never make the cut. But, his praise, though hard won, earns one of the top regarded magical educations of the century.

Paintie by Sangria
CSS Template by mauve
CSS Edited by Me