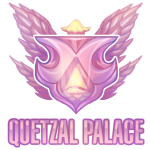 hi u stumbled across a chocolate bar's profile
Dcasom is nerdgod forever(lmao we fight alot , dont report bc noone gets hurt :) except him bc i always win)

•notesies•
usd shop $$$$
move to dmm after feb +other recipes


Japan is an island by the sea filled with volcanoes and it's ♪♫ beautiful ♫♪.

In the year negative a billion, Japan might not have been here. In the year negative forty thousand, it was here, and you could walk to it, and some people walked to it. Then it got warmer, some icebergs melted, it became an island, and now there's lots of ♫ trees ♫. Because it's warmer.

So now there's people on the island; they're basically sort of hanging out in between the mountains eating nuts off trees and using the latest technology. Like stones, and bowls.

Ding dong, it's the outside world, and they have technology from the future. Like really good metal, and ♪ crazy rice farms ♪. Now you can make a lot of rice really really quickly. That means if you own the farm, then you own a lot of food, which is something everybody needs to survvvvive. So that makes you king.

Rice farming and rice kingdoms spread all across the land, all the way to here. The most important kingdoms were here (Hi), here (Chikushi), here (Izumo), here (Kibi), here (Yamato), here (Koshi), and here (Kenu). But this one (Yamato) was the most most important, ruled by a heavenly superperson, or emperor for short.

Knock knock, get the door, it's religion. The new prince wants everyone to try this hot new religion (Buddhism) from Baekje.
"Please try this religion," he said.
"No," said everybody.
"Try iiiiit," he said.
"no," said everybody again, quieter this time.
And so the religion was put into place and all the rules that came with it.

Then, the government was taken over by another clique (Taika). And they made some reforms , like making the government govern more, and making the government more like China's government, which is a government that governs more.
"Hi China," they said.
"Hi dipshit (wa, dwarf)," said China.
"Can you call us something else, other than dipshit?" said Japan.
"Like what?" said China.
♫♪"How about sunrise laaand?"♪♫ said Japan.
And they stole China's alphabet and wrote a book. About themselves! And then they made lots of poetry and art and another book about themselves.

Then they stopped moving the capital every time the emperor died and kept it in one place for a while, right here (Kyoto, Heian Palace). And they conquered the north finally, get that squared away.

A rich hipster named Kūkai is bored with modern Buddhism and visits China, learns a better version which is more ♫♪ spiritual ♪♫, comes back, reinvents the alphabet, and causes art and literature to be ♫♪ great ♪♫ for a long time. And the royal palace turned into such a dreamworld of art that they really didn't give a shit about running the country.

So if you live outside the palace, how are you supposed to protect your shit, from criminals? ♫♪ Hire a samurai. ♪♫ Everyone started hiring samurai. Rich important people hired samurai. Poor people who could not afford to hire samurai did not hire samurai. The samurai became organized and powerful, more powerful than the government. So they made their own military government, right here. They let the emperor still be emperor, but the shogun was actually in control.

It's time for who's going to be the next shogun. Usually it's the shogun's kid, but the shogun doesn't have a kid. So he tries to get his brother to quit being a monk and be the next shogun. He says okay. But then the shogun has a kid. So now who's it gonna be? Vote now on your phones. And everyone voted so hard that the palace caught on fire and burned down. The shogun actually didn't care, he was off somewhere doing poetry. And the whole country broke into pieces. Everyone is fighting with each other for local power, and it's anybody's game.

Knock knock, it's Europe. No, they're not here to take over, they just wanna sell some shit. Like clocks, and guns, and ♫♪ Jesus ♪♫. So that's cool. But everyone's still fighting each other for control. Now with guns! And wouldn't it be nice to control the capital, which right now is puppets, with no one controlling them? This clan (Imagawa) is ready to make a run for it, but first they have to trample this smaller clan (Oda) which is in the way. Surprise, smaller clan wins! And the leader of that clan (Oda Nobunaga) steals the idea of invading the capital, and invades the capital. And it goes very well.

He's about halfway through conquering Japan when someone who works for him kills him, then someone else who works for him (Toyotomi Hideyoshi) kills them, and that guy finishes conquering Japan. And then he confiscated everybody's swords. And he made some rules.
"Ąnd͟ n͟ow I'̛m̶ goińg̡ to ͘inva͞d̨e ͝Kor͟e͡a,̵ an͝d͢ ̶the̴n h͜op̷ef̕ull͏y ̵Chin͢a̛," he said, and failed, and also died.
But before he died, he told these five guys to take care of his five year old son until he's old enough to be the next ruler of Japan. And the five guys said yeah right, it's not gonna be this kid, it's gonna be one of us. 'Cause we're grownups. And it's probably gonna be this guy (Tokugawa Ieyasu) who happens to be way more rich and powerful than the others.

A lot of people support him, but a lot of people (Ishida Mitsunari) support not supporting him. They have a fight, and he wins. And starts a new government, right here. ♫♪ Edo ♫♪ And he still lets the emperor dress like an emperor, and have very nice things. But don't get confused, this (Tokugawa family) is the new government. And they are very strict, so strict they close the country. No one can leave, and no one can come in. Except for the Dutch, if they wanna buy and sell shit, but they have to do it right here (Dejima).

Now that the entire country was not at war with itself, the population increased a lot. Business increased, schools were built, roads were built, everyone learned to read, books were published. There was poetry (haiku), plays (kabuki), sexytimes, puppet shows (bunraku), and Dutch studies. People started to study European science from books they bought from the Dutch. We're talking geography, skeletons, physics, chemistry, astronomy, and maybe even electricity.

Over time, the economic and cultural prosperity began to gradually slow do-
*impending doom music*
Knock knock. It's the United States. With huge boats. With guns. Gunboats.
"O͜pe͡ņ,̨ t͡he͏ ͘c̷o̷ưntry. ͠S̛t͜o̡p̛,̵ ҉ha͠v̀in͜g̷ i͝t̀ ͝be̴ ́clo͞sed.̢" said the United States.
*music ends*
There was really nothing they could do, so they signed a contract that lets United States, Britain, and Russia visit Japan anytime they want.

Chōshu and Satsuma hated this. "That sucks!" they said. "This sucks!!!"
And with almost very little outside help, (from Britain) they overthrew the shogunate. And somehow made the emperor the emperor again, and moved him to Edo, which they renamed eastern capital (Tokyo). They made a new government, which was a lot more Western. And they made a new constitution, which was.. pretty Western. And a military that was... pretty Western (large).

And do you know what else is Western? That's right, it's conquering stuff. So what can we conquer? Korea! They conquer Korea, taking it from its previous owner, China, and then go a little bit further (Liaodong Peninsula).
And Russia rushes in out of nowhere and says, "Stop no you can't do that we were gonna build a railroad through here to try to get some warm water." And Russia builds their railroad, supervised by a shitton of soldiers. Then, when the railroad was done, they downgraded to a fuckton. Did I say downgrade? I meant upgrade.
And Japan says, "Can you maybe chill?"
And Russia says, "How 'bout maybe you chill?"

♫♪ It's time for World War I ♪♫
The world is about to have a war. Because it's the 1900s, and weapons are getting crazy, and all these empires are excited to try them out on each other. Meanwhile, Japan has been enjoying conquering stuff and wants m̵͡͝͝o͏̨̨̢͢o͏͏̵̧̕ơ̢̢͜͜o͠͏͢ó͘o̶̢̧ó̷͝͠o͝͡o̧͘r̨̢̕ȩ̸ and the next thing on their list is this part of China (Qingdao) and lots of tiny islands.

♫♪ Japan should take the islands. ♪♫ Which they wanted to do anyway. So they sort of called Britain on the tele(gram) to sort of let them know, and then they did it! And they also helped Britain here and there with some errands and stuff. *bell rings*

Now the war is over, and congratulations Japan, you technically fought in the war which means you get to sit at the negotiating table (Paris Peace Conference), with the big dudes, where they decided who owns what. And yes, Japan gets to keep all that shit they stole from Germany. And you also get to join the post-war mega alliance ♫♪ the League of Nations ♪♫ whose mission statement is to try not to take over the world.

The Great Depression is bad, and Japan's economy is now crappy. But the military is doing just fine, and it invades Manchuria. And the League of Nations is like ♪"No don't do that if you're in the League of Nations you're not supposed to try to take over the world."♪
And Japan said, ♫♪ How bout I do, anyway? ♪♫ And Japan invaded more and more and more of China, and was planning to invade the entire East.

You've got mail.
It's from Germany, the new leader of Germany, he has a cool mustache and is trying to take over the world and needs friends. This also got forwarded to Italy. They all decided to be friends because they had so much in common.

The United States is also working on a large, very huge bomb. Bigger than any other bomb, ever. Just in case (Germany). But they still haven't joined the war, war looks bad on TV, and the United States is really starting to care about their image.

But then Japan spits on them, in Hawai'i, and challenges them to war. And they say yes! And then Germany, as a symbol of friendship, declares war on the United States also. And they help the gang chase Germany back into Germany. And they also chase Japan back into Japan. And they haven't used the bomb yet, and are curious to see if it works, so they drop it on Japan.

(You win.)
The United States installed a new government, inspired by the United States government, with just the right ingredients for a ♫♪ post-war economic miracle ♪♫ and Japan starts making TVs, VCRs, automobiles, and camcorders as fast as they can. And also better than everybody else. They get rich, and the economy goes wild. But then the miracle wears off, but everything's still pretty cool I guess. ♪♫ Bye. ♫♪