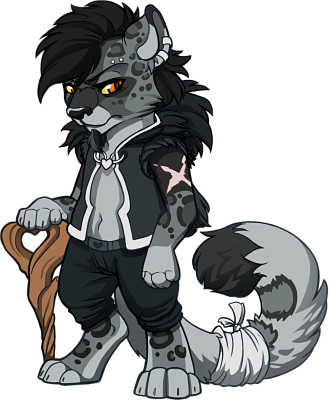 Aspiring to be a great doctor like his father, Hart inherited his old mans' interest in ridding folks of their ailments. However, unlike his father, Hart (the second) has taken to traveling the world, discovering new illnesses with each town he visits.
His goal isn't to merely become the best doctor of Dragonsmaw Manor (his birthplace), but to become a world renowned doctor of whom is undefeated in his area.

His father's old companion, Ticker, sticks close by his side; keeping his promise to Hart's father to watch over him and help him whenever he needs it. Though the age difference is vast, the two are just as good of friends as the previous generation pair ever were. Perhaps Hart (the second) inherited his father's likeness.