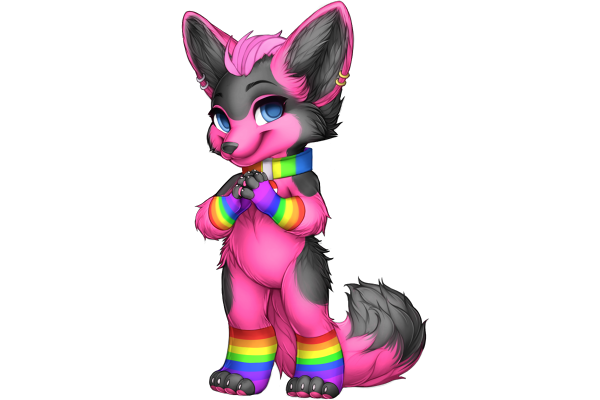 Favorite things: SWEETS! ALL YOUR CANDY R BELONG TO HIM! *clears throat* Two words, RAINBOWS (Ruz thats only one word) NOT IF THERE ARE TWO OF THEM!

About:
Ruz is nothing more than a Giant Goofball. He is very big hearted and would rather play games all day than work hard. (Though dont get him wrong he is a hard worker)

He is a large fan of Rainbows, loving it most after it rains. He is also a large geek/nerd/dork whatever you would prefer to call him. His fandoms are rather random and you could just ask and he would gladly go on and on about it.

He loves checkers man. Tends to buy them for both he and Lyvano.