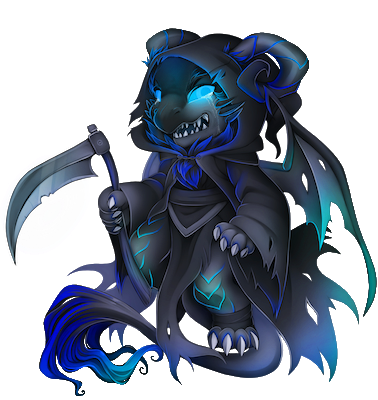 "Easy for you to say! You're not the one trapped here forever and ever and ever! Don't you know what its like to be alone? If I trap people here, one wouldn't need to say goodbye..."

Forgotten by all and wanted by none.

Abandoned in the woods as a child...he did not last long.

Do not go into the forest at night.

A gleaming silver cage with a fairy trapped inside

The only source of light in the dark of the woods.

If you see the lonely glow in the distance it is best to turn tail and run.

Name: Original name is forgotten by all, even he doesn't remember it.
Gender: Male
Personality: Bitter, cruel, angry, hateful. Despite his appearance he is still a child and if one actually manages to have a one on one conversation with him, it clearly shows. In conversation he can be bratty and prideful..but thats a mask as he's actually a total crybaby who's upset that he never got to live a life outside the forest.