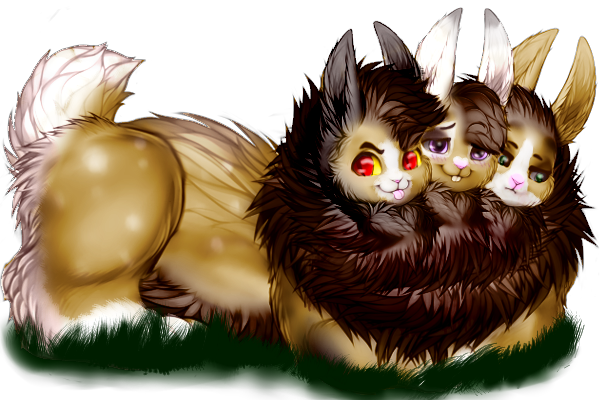 Tribun is pretty much the mascot of my village. ^^

Tribun does not remember their life before being together, they only know they had woken up in a field holding an empty alchemist's bottle labeled "free sample". Now going by a nickname that was affectionately cast apon them by a kindhearted doctor, they spend their days wandering around olde foxbury scaring away monsters and collecting loot. Each one of tribun's heads has it's own personality, and go by the names when addressed separately in order as Garry, Larry, and Harold (Harry).

Larry: "Ignore gary. You seem fine to me."

Tribun has been sold to Bunny_Lord ! She is planning on expanding on their personalities more in the future.

A scale reference of the bunnybutt!