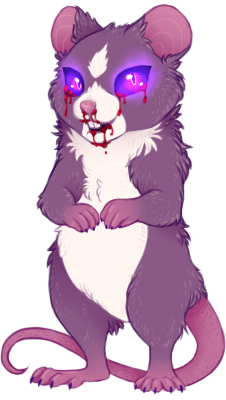 Lilith was once a successful alchemist, one of the finest of the trade. He knew just about every potion, and had impeccable skill. His finest creations were always his shifty potions, which were completely without any flaws. Despite his skill, however, Lilith preferred the quiet life, living in quaint little houses with decent decor, and never getting a big head. Lilith had many friends, and was kind to all.

However, one day Lilith caught a fatal illness. He tried everything to make himself better again, but nothing worked. Slowly but surely, Lilith became haggard and bedridden, a shell of his former self. Then, on the brink of death, he was visited by a mysterious stranger. The stranger did not introduce himself, but said that he could cure Lilith as long as they worked for him. Hastily, Lilith agreed, unknowing of the consequences that would befall him because of his answer. So the stranger took Lilith away from his home, to an obscure place in the middle of a forest. Lilith learned that the forest was home to a cult who worshipped a dark figure and wished to become rich and powerful so that they may transform the land to match that of the dark figure's wishes. A mutant, nightmarish wasteland. They healed Lilith so that he was healthy and able again, but Lilith, horrified, initially refused to work for them. The cult wouldn't have that, so they chained his ankles to a wall and forced him to eat and drink, saying his living conditions would improve if he made potions for them. Reluctantly, Lilith eventually agreed and made whatever the cult desired, and forgetting what they didn't want. Soon enough, with all the money the cult was making off of his practically perfect shifty potions, Lilith's living conditions improved to almost that of the cult members themselves. And so Lilith bided his time, waiting for his chance to strike and escape his prison.

Then they gave him an entirely new recipe, a brand new potion to create. Unsure and filled with unease, Lilith created the concoction. But to his horror, the cult wanted him to drink it to test it out. They forced him to drink the potion, and immediately he started convulsing and spitting up blood. The cult only watched, offering no help whatsoever. Strangly, his eyes started glowing, and he felt a strange sort of strength well up in him. One cult member noticed and tried to restrain him, but Lilith lashed out at them. The other cult members took notes as Lilith ripped the unfortunate member to shreds, then left once they had gathered all the information they needed, leaving Lilith to suffer alone. But Lilith had had enough. In the dark of night and aided with his newfound strength, Lilith broke out of his prison, running away and never looking back.

Eventually, the rodent found a small village at the outskirts of Dragonsmaw Manor. He begged for a place to stay, offering up his services as an expert potionmaster, and Rain graciously allowed him a spot in Silverflecked Village. Although wary to others at first, Lilith quickly recovered from his emotional trauma with the help of all the kind residents of his new home, and soon became a friend to all. He knows he has some sort of power, but doesn't want to know what it is, and focuses all of his energy on making potions to help provide for the growing village. He still spits up blood more often then not, but has learned to live with it.

Somehow, Lilith is much more resistant. Things that would have killed him before he had drank the potion can now only hurt him. He can resist sharp objects such as blades, takes an abnormal amount of time to drown, and is only partialy injured by projectiles, but fire is a big weakness. He is also immune to radioactive materials, but extremely susceptible to poisons.