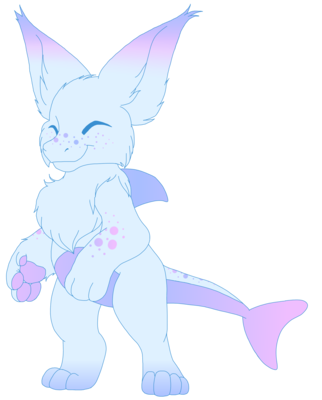 cory is a demon, possessing magic over the mind. she is able to manipulate memories, and occassionally thoughts. the more magic one possesses, the less influence she can have. cory enjoys living on earth and teaching other beings about humanity. she acts as a mother and teacher to those working at black chicago. since the bar deals with a lot of illegal matters, cory works hard to clean up their messes. and then kick asses if need be.

cory is married to argus. the two met when they found each other on earth. she loves him very much, hoping to spend eternity with him. she was the one who proposed as she enjoyed the human custom. their wedding was not extravagant, however, and they only invited a few close friends. they had a child together (something demons were not known to be able to do). their name is vendel.

when it comes to the other workers at black chicago, cory gets along with vlad the most, surprisingly. at first she disliked him due to his similarity to vincent, but he grew on her. cory thinks cardinal is silly, but he means well (most of the time). she scolds him the most.

currently, cory acts as an entertainer for black chicago. she sings for them often and also organizes other groups to perform. she is very responsible and likes it when shit gets done right (perhaps why she doesnt get along with cardinal as much?). however, she can be a stick in the mud.

paintie and css both done by me!