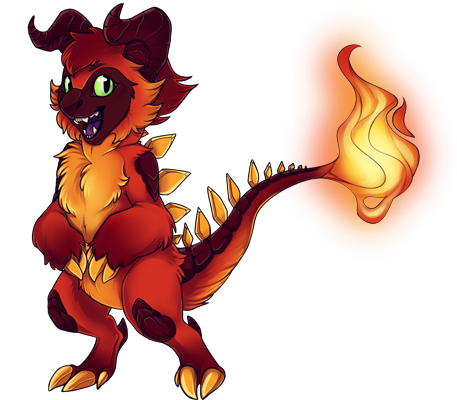 He was seen all alone and by himself as a baby. He wandered across the barren, cracked landscape, endlessly searching for his mother and father. He was fending for himself against brutal predators, learning to survive on his own. The boy carries many scars from his upbringing, though the deepest of them reside within.

Magma is a wandering nomad, much like his Ashfurn brethren. However, his purpose is clear--to find his parents and unite with them. His quest is endless, though full of many striking, colourful memories.

He's an expert in survival, though it hasn't made him fearless. He's borderline paranoid, and easily spooked. If you can calm him down and show you're an ally, he will come around slowly. Gaining his trust is one of the most difficult things to do, though. Magma has learned the ways of nature and the dark side to all living creatures, and it leaves him vigilant.

Despite the hardships in his life, it isn't so full of gloom. Magma has met many friends along his rich journey. Some of them have stuck to him as an entourage, giving him company and help along the way. He's even had a few mates in his time, though none have stuck around long enough to be a forever-mate. The females he courts find his goal to be far-fetched, and dislikes his favouring of his goal over their needs.

Only time will tell if he will find what he's looking for. He is determined to spend his entire lifespan trying to figure it out. At every dawn and dusk, he peers into the horizon. The sun's wake and sleep gives him the strength to push on for yet another day.

Magma can be mated with; I am picky though. You can PM me with an inquiry. 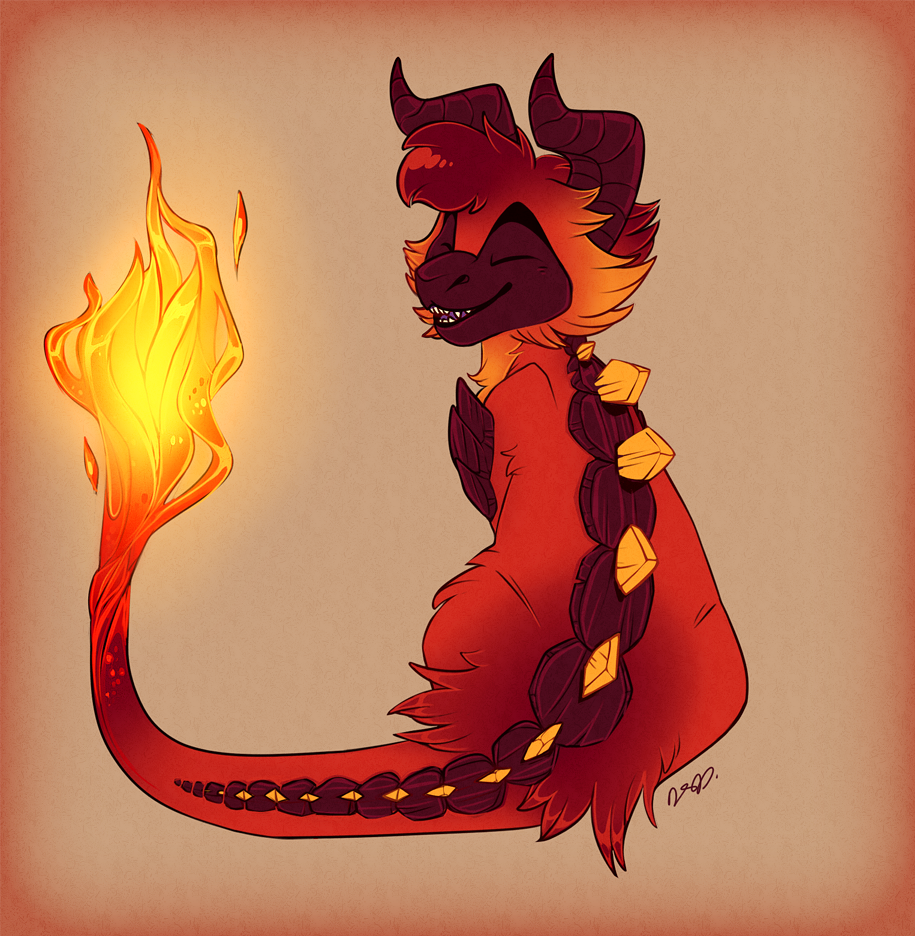