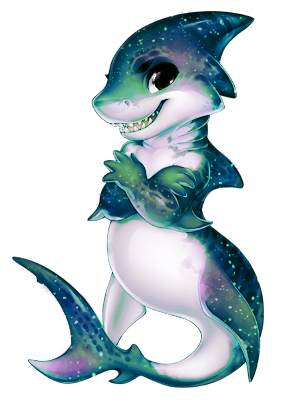 
Jake is the first of three sons of the Citadel's leader. Some people would say he is lucky to be able to have such a relationship to the man, but most of his life was spent sheltered in their mansion, unable to talk to anyone from outside. Due to the anti-abiotic policies of the city, there wasn't anyone inside the mansion aside from human soldiers and cooks, so he was basically raised by them after his first step-brother was born.

He escaped many times, though he was punished severely after each one of them, marked each time with the cut of a knife. However, after the most recent one, when he was 14, he was attacked by a rogue feline abiotic, and almost lost his life. He rose back soon after, with plenty of scars on his face and body, and without one of his legs. This had discouraged him from exploring the outside of the Citadel once again, or even just the borders of it.

There was a day, however, when the Citadel was attacked by a known group of abiotics. When his father noticed who was leading them, he locked Jake inside of the basement without his prosthetic leg, with the excuse of protecting him. Although, it was more of a way to get him out of the way, as the man was ready to try and destroy the machine that had destroyed his grandfather's empire. Jake was stuck there, along with two other prisoners of his age, who helped him calm down. The ring of the gunshots outside and the sounds of destruction of his father's machinery and buildings bounced into the basement.

Eventually, the sounds stopped. As Jake began to calm down, being held by Amelia, a green battleaxe came through the metal door multilple times, knocking it down. A brunette android with metallic jet wings, and what was probably and unhealthy amount of dirt, rust, and scrapes, walked in with a smirk. Though his eyes waved of anger, as it gazed upon his fallen figure.
"Sup kids, we're going on a roadtrip." Arkkael said, with a tone soft enough to unnerve the young one.

After being kidnapped by the abiotic leader, he was taken to a town full of androids, and other humans as well. He spent most of the first 3 months hiding in a house with the other two youths, and their mother, his fear of the machines unwavering. As soon as their mother built him a motorized prosthetic, Jake was eventually dragged out by Amelia and her brother to explore the area, and see how people lived.

Jake's life following the trips started to look up, Instead of the claustrophobic walls of his previous home, he was welcomed into the family, and allowed to come and go as he pleased. He befriended another young android, who was terrified of humans at first. The fear of machinery he had been taught since infancy started to waver slowly, though he still had a few doubts about most of them.

In the end, however, there would only one he would completely trust. And he never did know why that rugged android picked him up and brought him to the haven he now knew.