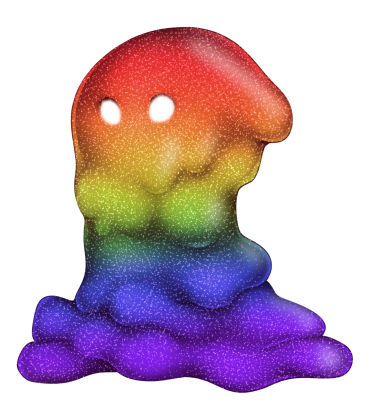 Relationship Status: Single and Open
A colorful shape-shifter with curiosity that knows no bounds, don't let his stoic expression deter you from greeting Wren! Though he is technically genderless, Wren says that it identifies as male. He enjoys turning into other animals, especially unique ones such as the Chimeraling. As a matter of fact, he can often be found while he is in his Chimeraling form, which he likes a lot. He uses the word 'fren' a lot, especially when talking to other shifties. This is probably because it rhymes with Wren, giving him the nickname 'Wren the Fren'. His beloved pet is Ben, Ben the Rainbow Fren. Paintie by Purin !
All comments from Wren will be in character unless stated otherwise!