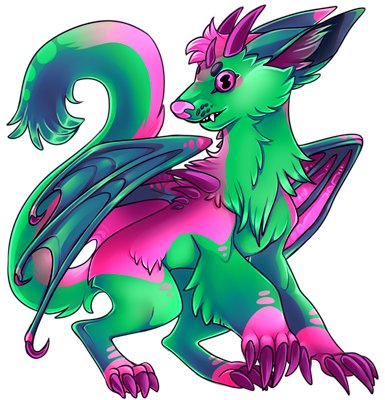 Relationship Status: Dating Zaden because they're adorable and #Faden
Fade is a very good boy. He is loyal, cheerful, and painfully oblivious to the fact that there is evil in the world. He's not necessarily stupid, just so optimistic that he always tries to see the best part of things, sometimes to a fault. His loyalty and trust in others can sometimes be used against him as well. Whereas Tricky had enough guts to escape from the lab she was born in, Fade never left. Not because he didn't like the conditions there, but because he believed the people that ran the lab were nice on the inside and would be sad if he left. When Rain finally found him when traveling with Starscape Child, he was starving and ragged, yet with a dopey smile on his snout and a franticly wagging tail. The two broke him out of there, and since then he has been living in Silverflecked Village, happily spending his days frolicking in the fields or hanging out with others.

Fade, though he would make a great warrior due to his size and strength, wings, and dagger-like claws, detests the thought of hurting anyone. Thus he puts his skills to use by helping out in construction! Although his claws are unfit for hammering nails or the more delicate parts of the job, his strength is perfect for the heavy lifting involved and carrying around things that others are unable to. He also helps out in assisting injured villagers if they have gotten lost or been hurt in a natural disaster. He's good at following a scent trail and his wings can carry him for long distances, and he can easily move aside fallen trees or other debris, which furthermore allows him to help in the cleanup of the village after said natural disasters.
More lore coming soon!

"Kuu are very well-behaved and loyal companions.
They are easy to train and are quite smart! If you establish a bond with one, they will be your buddy forever. They will most likely squeak happily upon your arrival home from a hard day at work. Just be careful; let them near any gardening and they'll dig all your plants up with their large claws. Digging and storing their favourite items in the ground is a Kuu's specialty. 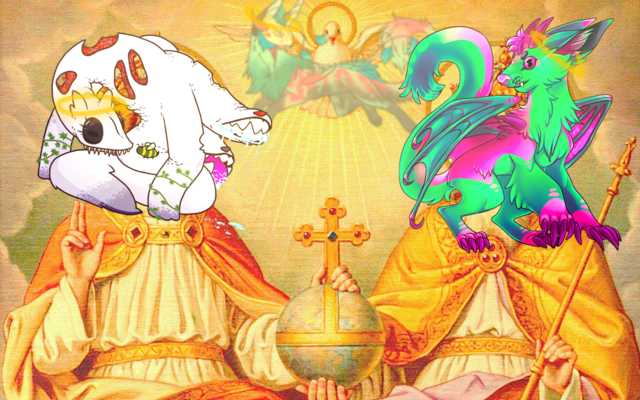 (Characters owned by me (Fade), nectar (Scooter), and Pretty-Pink-Princess , based off of a joke from the 'Ship Your Villagers' thread)