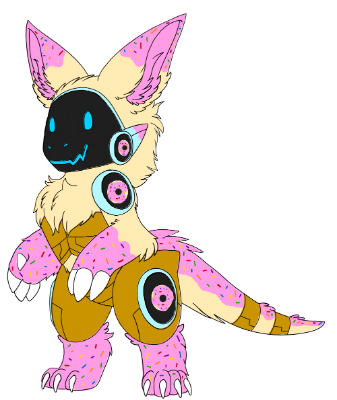 d0nu7 was built in a lab as a prototype of the primagen like all protogen but she is a bit different, while her creator was working he was eating a pink frosted donut. When he dropped it on her lifeless metal body and that gave him the idea to put actual frosting on her and model her after a donut. Now it has resulted in the problem that she has the urge to lick the frosting off of her arms.