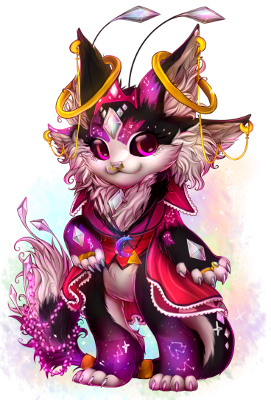 Oceandome is a vast place, with expensive reefs and vast chains of islands, it is easily one of the largest towns. However, their territory only reaches so far, as part a peculiar chain of spiky rocks that resemble a boarder the ocean is much more dangerous. The water is much colder, and devoid of most life near the border. Guarding it are shark-like beings, with disembodied heads and spiky arms, carrying weapons that they will use if necessary. It is for this reason that the residents of Oceandome do not stray past this border, for who knows what horrors lay in wait just beyond those towering rocks? However, the results are less terrifying than one might think. Those guards are there for a reason-to guard and protect a kingdom. For past these rocks is an island populated by a vast kingdom, a large palace placed in the center of it. It is filled with wealth and riches beyond the dreams of even the most wealthy amongst the regular towns, and is home to a royal family of Gembounds. They rule over this tropical island with a kind but firm paw, generous to the citizens but willing to strike down a revolution with brute force if necessary. For centuries this family has ruled, with no one challenging their power due to all the towns being too far away to even attempt an attack. The family prospered, and soon the next generation would take over. The eldest child, a daughter, would not get the highest seat, but would still retain a place of nobility amongst the crown. The honor to rule would be granted to the second oldest and only son of the family. It was for this reason only that Heir was spared during the revolution.

It had been hiding within the streets, festering within closed doors until it would breach, bubble to the surface to see not only the light of day, but the glow of raging fires as well. The revolt started at the town square and grew popular not only among secretive traitors, but ordinary citizens as well. The army, consisting of Gem Raptors and Leodons and Flailidons, was well equipped to take on any regular attack, but the swarms and hoards of angry citizens with armed with quite expensive weapons due to them having planned this for so long overwhelmed the army. The attack was savage and brutal, and not a shred of mercy existed within the battlefield. Each side suffered horrid losses and their numbers dwindled at a rapid rate, but in the end the citizens got the upper hand. As the army began to retreat, they stormed the castle, intent on killing the king, queen, and the heir to the throne. By the time they managed to get upstairs, Heir was fleeing with her younger sister, Princess, through the secret caves that lined the castle. They were attended by no guards, for all of them were attending to the king, queen, and the son. While they were escaping, they were actually discovered by the leaders of the revolt. But for some reason, they didn't kill Heir or Princess. Maybe it was the fact that Princess had to be the most innocent creature that has ever existed, only knowing the kindness of others and the good within, and thus always treating others with love. Maybe it was the fact that Heir's right to the throne had been stolen by someone who was two weak-minded to stand up to the corrupt advisers and change things for the better. Maybe it was the fact that Hier was willing to fight to the death for her sister. No one knows the answer, but they were spared. And so Heir and Princess continued to flee, finally leaving the island escorted by the marine guards on their way to the continent of FurVilla. Later they heard what had happened to their brother--taken down by a stray arrow through the heart, crawling away to who-knows-where to die. Heir learned this when she received an ominous letter from her father--it described her brother's death, but also told her to only come back to the island when he sent another letter saying that it was safe. She's still waiting for that second letter.

Heir had a relevantly uneventful early life, despite being the first child of a kingdom and all. She was heavily protected, confined to stone walls under the strict rules of her parents. Heir had no idea why-- was she in danger? Her parents were kind and generous to the citizens, and the whole kingdom was prospering, so the young Gembound had no idea why someone might wish her harm. When her brother was born, everything changed. He became the new favorite of their parents. Every little thing he did was fawned over, and unlike his headstrong and independent sister, he actually enjoyed the extra attention. At first, Heir was hurt, but soon realized that with her brother being the sure successor to the crown, then she would have much more time to explore. She would finally be able to leave the castle. Of course, she was too stubborn to give up her birth name, Heir, for the name 'Andromeda' that her parents had chosen for now that she was no longer going to be the ruler. She spent her newly found empty schedules wandering the streets of the kingdom, greeting all of her subjects who treated her warmly with praises and wishes of well-being. However, it didn't take Heir long to notice the darker side of the kingdom. She noticed it within the alleyways, bars, and flea markets. From the dingiest of failing restaurants to the most expensive of jewelry stores. A coup who wished the end of the monarchy. For while the kingdom was not cruel, and used its wealth for the good of people, they were still on a secluded island surrounded by fierce guards. They could never truly be free while the royal family still held complete control. The revolution had been long in the making, and was gathering more and more followers, skeptical in how the kingdom was being run, each passing day. Heir witnessed it all, caught their whispers within her large ears, spied on their secret meetings that they thought no one knew about, and yet she said nothing. Heir knew the revolution was coming, and yet told no one. But she was still very intelligent, and spent her days training, growing in agility and intellect, so that she may protect herself when the day of reckoning came. And of course, to make sure nothing happened to her sister.

Heir loved Cassiopeia, or Cassie for short, like no one she had ever loved before. A younger sister, innocent and pure, who would never have to face the disappointment of having to step down from the position of being the next leader and thus wasn't shown the harsh truth of reality that would harden her spirits so early on. Cassie looked up to Heir with bright, loving eyes, and Heir swore to always protect her little sister, no matter what. Even if it meant the death of Heir, Cassie would be safe. When the revolution struck, Heir did not dally. She did not rush to find the rest of her family, nor pester the guards with fruitless requests for safety. Heir had no friends-- her only companion was Cassie. As so she collected her sister, and after some turmoil, successfully escaped the kingdom. Even now in Silverflecked village, Heir hardly lets Cassie out of her sight. She is fiercely protective of her young sibling. Anyone who talks to Cassie who doesn't absolutely need too with get the older Gembound glaring daggers at them from wherever her vantage point may be. And it works, because no one messes with either Gembound. Well, that's mostly because of Rain's orders, but Heir's no-nonsense attitude also wards off those who don't exactly consider Rain to be their leader. Still, Heir does not smother her sister. Cassie has made friends with some of the children of the village, and Heir couldn't be happier to see her sister playing in the streets, safe and without a care in the world.

Full-sized version for a close-up view of all the little details! ^^ 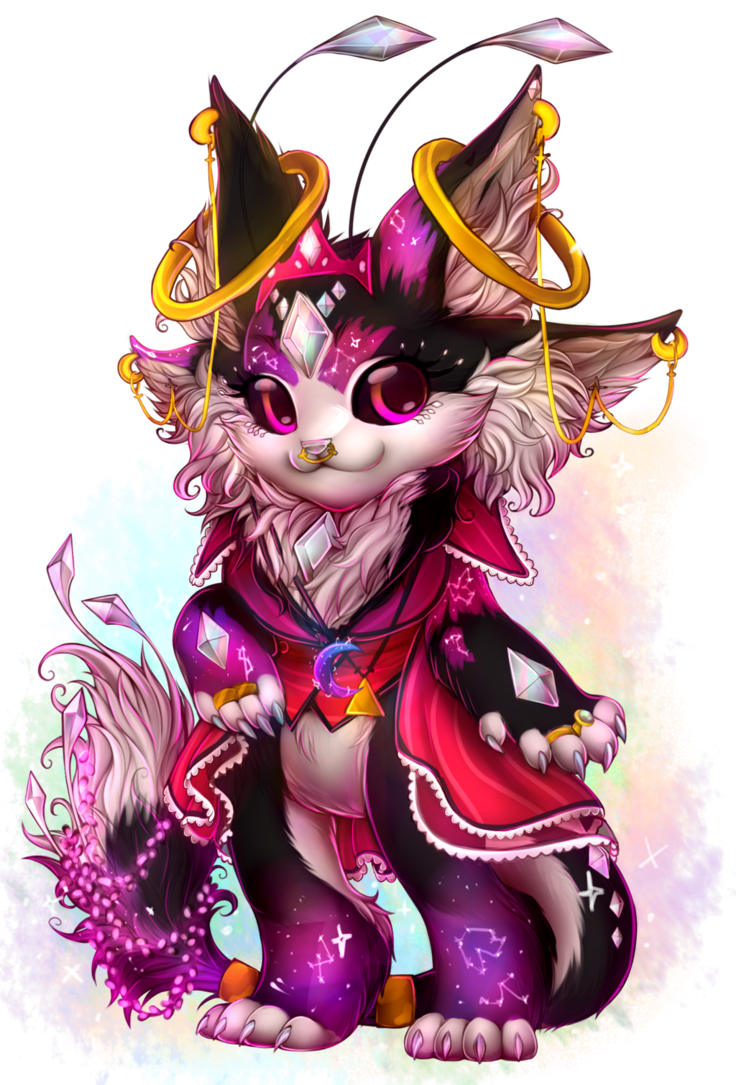