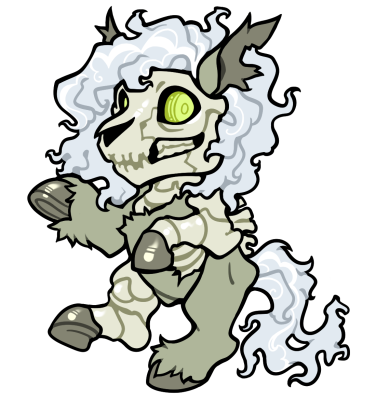 A harbinger of plague and sickness, one of many in the great herd of the White Horse, they simply bide their time waiting until they're needed.

They can appear in many forms, but feel most comfortable in their natural state, being a skeletal horse; their appearance was altered upon pledging their allegiance to their lord.

They use the title of Pestilence simply because they see themselves as part of a whole, and have long forgotten whatever identity they had when alive. However, they don't mind if their "nickname" is used instead- Nox