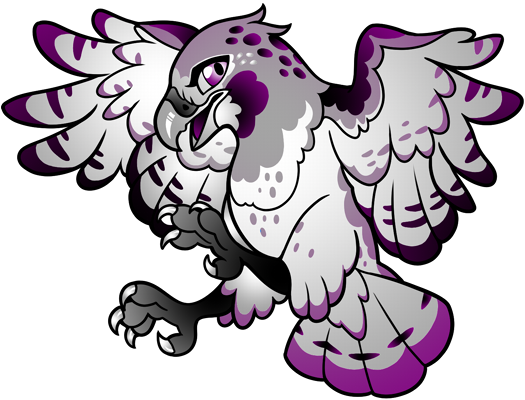 As you make your way down the beach, you see a hawk suddenly burst out from beneath the surface of the water, wings spread wide as she glides over to land next to you. A brown streak zooms out from the underbrush, happily fluttering about around his friend.

"Ah, sorry for the abrupt introduction. I just got back from exploring, as you can see. I'm Ephemera. What’s your name?"

"Oh, this is Gale. He reminds me of home...my grandmother had hummingbirds, lots of them. She had a feeder out in her garden, and there were just so many of them that would come...it was magical. But you aren't here to hear me reminisce. Was there something you needed?"

"Where I was born? Well...I'm not originally from around here. I came from really far away. I don't...actually know how far. But there’s no way I can ever make it back, not when it’s another world entirely."

"Yeah, you heard me right. I’m from another world - Xino and Morgan, too. Somehow, we managed to get lost along the way to the afterlife, and instead of ending up at the pearly gates or whatever we ended up here. They're good friends of mine. And not just because they're the only other ones who gets what this is like - dying young, and somehow coming back. But because Morgan and Xino are really good people, and great friends. It's nice to see Xino opening up to the other villagers, with all of the trust issues he has. We're all like a close-knit, little family here. I guess that's the benefit of living in a small town, you know?"

"How am I taking this? Well, I’m definitely not complaining or anything. I mean, I dunno about you, but I like living. It was just...really unexpected, you know? And one heck of an adjustment...it was kind of rough for a while, losing everything like that. Pushing out from the walls surrounding me, cracking through the walls of my egg and breathing again, it wasn't at all what I was expecting to happen, but...I’m glad it did. I’m happy here. Even if not being an omnivore anymore has been one heck of an adjustment...I miss potatoes. As for my lack of hands, well, yeah, that hasn’t been a fun transition either. I’ve had it easier than Xino though; I can at least use one foot at a time as a hand. He doesn’t have that luxury. While Morgan, on the other hand, came back with hands. The lucky butt."

"You want to know what I was in my previous life? Believe it or not, I was human, and so were Xino and Morgan. Its so strange to know in this world that humans - what you call 'proto-furries' - once walked these lands, but that it was so long ago that not even their skeletal structure is known for sure. I actually had the pleasure of watching two Primordial Shifties arguing over how accurate their reconstruction of proto-furries were once. I about died laughing. I get that a lot of Primordial Shifties make changes to fill in the gaps that fossils don't tell them, or make their own tweaks to make their reconstructions cooler, but it was just so dang funny I couldn't help myself."

"My parents here? Oh no, when I hatched I hatched all alone in a shipwreck at the bottom of the sea. And yes, that about gave me a heart attack, when I first pipped and water started pouring in. Thank goodness I can breathe underwater or this would've been a very short second life. I don't know what the story is there, or what must've been done to my egg to make me at least somewhat aquatic, but it's a good thing I came self-sufficient or that would've been a really big problem."

"Why am I an explorer like Morgan when Xino's a warrior? Well, I actually used to be a warrior, but I found that I enjoyed exploring our new world more. Not to say that I don't spar on occasion, or go to a battlefield every once in a while, but my heart is in taking in all Oceandome has to offer. It’s an entirely different world from the one Xino and I know, you know? There are so many mysteries and wonders here, and I really want to see them all. I know Morgan feels the same."

"Hobbies? Well, I like to goof off in the skies - and I mean who wouldn’t, when I can actually FLY now? But it’s always nice to be able to fly out to a place with a gorgeous view and just sit there, the breeze ruffling your feathers and a good book in your talons. It's very peaceful. When I need a bit more adventure though, I’ll come along when Jörmungandr goes out pearling. Can you believe that people here in Oceandome think it’s boring? Xino, Morgan, and I think they’re crazy. I mean, it’s diving for pearls! How could that be anywhere near boring?”

"Speaking of, I also like collecting plushes. My house is full of them. I especially love the magical ones; there’s just something special about going to bed at night surrounded by magic. It’s just so....so...I don’t know. Magic really is something else. Um, you can come see if you like. I-if there’s a plush you really need, we can work out a deal. I just like having them, but if you need them more, then I’m more than willing to work something out."

"Alright. Well, it’s been nice meeting you, but I really do have to get this all sorted out and packed away in the village storehouse. Hopefully I’ll see you around again sometime."