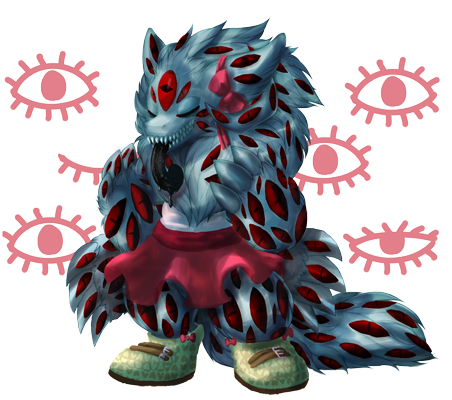 They're pouring out
where anyone can see


It all started long ago. Back when I was so sickeningly naive, the distant period my heart was pure, with an incredible determination to always help others even if in a mundane task like sweeping the backyard of an old woman that lived next to my house, as she wasn't capable of doing it herself without becoming rather tired. The worst of all? I actually enjoyed performing said act, such waste of precious time.

I remember it to this day like it was minutes ago, I was on my favourite blood-red overall, the one with a big heart of lighter tone on chest area, the buttons of same shape were neatly arranged and were contrasting with the pearly white shirt.

The room smelled like rain since I left the window open and the thunderstorm started all of a sudden. I was panting a little when sat down after I had already rushed to all open gates. My mind was a little dizzy that wasn't news, for some reason, my head was hurting badly for the past weeks, I thought it was only going to be a little headache, but not even the doctors could discover what was going on with me, scientifically I was healthy and they all thought it was psychological pain and suggested a psychologist. I always despised the woman I never dared do call "mother", it was a name reserved for someone special to me, who took care and loved me, the exact opposite of the role she actually played in my life. She did not take me to a psychologist and for the first time in her pitiful life her actions were right.

I took a glance at a shining object on the middle of my room, the walls which it rested were of a dirty white color due to not being cleaned that week. As a child, I normally would be very energetic and not be capable of standing still in the same place, but I just didn't felt like doing so in a long time. I approached it in slow tired footsteps, the fluffy obsidian carpet made low shuffling noise while I walked. Helping everyone around in the town was exhausting.

When I looked at the mirror I saw a small, round crimson orb on my always ice-cold skin, I looked closer to it trying to figure out when exactly it had appeared here, and why it looked like something was off with this small pimple? It seemed slightly more wet than it should.

It blinked to me. I screamed at the top of my lungs.

If I overreacted and panicked over the first eye that appeared in my skin, I almost lost my mind when seeing the second, third, fourth and so on. What was once small started growing, more eyes started appearing on different parts of my fragile and sick body. Many doctors examined me but were just as confused, there were no documents saying anything about what they called a disease.

I was always taking pills everyday. It had no minimal effect. They tried to do a surgery in me, it did not work, only got things worse and left a big scar in my already disgusting skin.

After I changed from my hometown to live with my father, in my new school many other teenagers laughed, mocked and feared me. It did not help that I already had an extra pair of arms and claws bigger than normal. Some bumped purposely on me, hitting a big portion of the eyes that covered my body, making them bleed.

Crying became a normal thing. Sometimes I would laugh through my tears because of my endless stupidity. I was so stupid for believing and clinging to the hope of making the world just a little better that I did not see or cared about myself before.

My biological father tried to help me, wanted me to tell him what was wrong and why I came at home with so much bruises. I never told him, he had to discover it alone by going to my school and talking to the principal about it, nothing was done, that man was a liar and I despise liars so much.

The situation only kept going worse, to the point some students thought I was a monstruosity that did not deserve to live. Sadness and hurt turned into and more hatred towards these eyes. I started hurting them and myself consequently.

Like pimples, I squeezed them in hopes for it's disappearance. It leaves a slightly less hideous scar but works, for a while. With every eye I killed two more, bloodier and uglier than before, appeared on the previous one's place, it was like a curse.

Yet I kept trying to deny, to find a way to escape. In vain, as there was none. Every night since the first eye appeared (and curiously, it always came back as one with a growing size and did not duplicate or triplicate like the others did) I heard a soft voice creeping in the back of my mind.


At first it was blurry and I couldn't distinguish the words properly, but now I have been listening to it more carefully, I realized that it was a female voice, showing authority but at the same time a motherly tenderness..

"You can't deny your origins, Monique... Fighting is useless, a normal boring and mortal life is just a distant dream. I'll take very good care of you... no one will ever mock of you again, I promise.


Come join me. We're closer than you might think."

Whoever she was I felt like I had know her ages ago but could not quite recall when or where.

Then it hit me like a brick. Memories of a distant past flowed back to my mind, where they belonged, I felt my body relax and endure their return willingly. I felt comfortable, at home. In a place I was finally safe. Safe from everything that hurt me before, I feel enough strength to seek revenge, tear apart every one of these sick people who hurt me badly, who hurt others who have or had no way of defending themselves and all they could do was try to endure and cry.

But now… I am here, I am here for every soul that believed they were hopeless, that no one would come to help them. I have found my duty, to destroy any hostility that’s present in this world. Lead them to purification and make them free of their sick, impure thoughs.

Everything is so clear to me now. It was her. How could I have forgotten such an important thing? It was irresponsible of me,