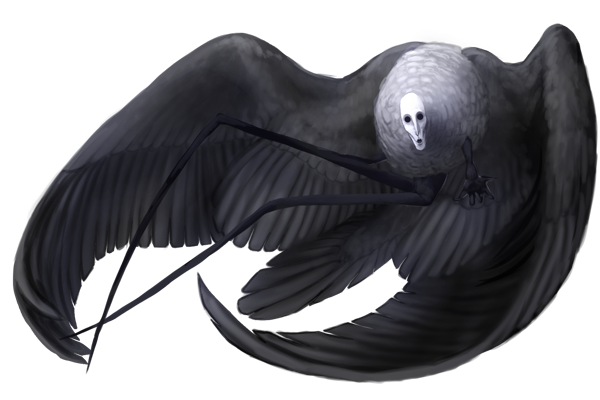 A mysterious creature who really has no right to be in this plane of existence.

Mr Owle is my main persona and is kind of tricky to pin down. He is an imperfect world-walker, losing parts of himself as he leaves one realm and gaining new traits as he reappears elsewhere. For the most part, he's consistently at least a little contentious, though between iterations this varies between annoying pranks to overwhelming sadism. Fortunately, the latter is rare and usually a result of outside forces rather than Mr Owle's own self.

CSS by Lu , minor edits by me.