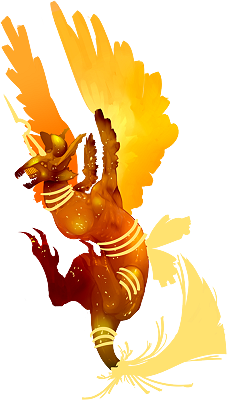 
If Atlas were to look upon itself within an cursed mirror-
What manner of reflection would stare back?
The appearance of the apparition, standing clearer,
What hidden personality would this fellow pack?
Perhaps a blazing fire,
Wild with desire,
Or lightless hues,
From where darkness can muse?

A passionate Spellengle with mislead intentions. Nearly always clueless, but far too proud to ever admit to ignorance, Theo isn't easily tolerated by most people. Theo's main focus at the moment seems to be seeking some form of power, though it's doubtful whether or not Theo even knows what exactly they talk about, being unable to elaborate to anyone who asks (and will usually attack rather than respond). Seems to struggle with words, but is very emotive if you are to watch their body language--they're able to keep their voice under control, but little quirks in their movement give away their true emotions.

So far hasn't found many beings that they can tolerate being near or respect, but seems to love animals. They speak in body language too, after all, and they seem to be able to communicate just fine.

Hates Atlas and when questioned about it, they'll mutter something about a reflection, then snap about proving themselves to be more than just a 'backup', a 'second plan'. Also hates monarchies, despises the notion of Gods, and believes in free will and the ability to decide their own fate. Any form of "ruler" position makes them ill.

Still barely knows themself, so any pronouns work. Usually will want people to refer to them by name, and avoid pronouns entirely though, and will impress this notion upon others harshly. Names mean a lot to Theo, as do identities.

Adopted Atsuki as an ally.

Has a love/hate (not romantic) relationship with Fleurri. Mostly, Theo can't figure her out, and she takes full advantage of this.