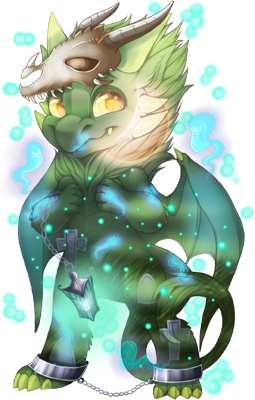 Personality: Quiet, sweet, shy, reserved, caring, mellow, but he can also be kinda creepy due to the nature of what he is xD
Gender: Male.
Accent: Ghostly, haunting.
Quirks: Disappearing in a poof of smoke, hovering over peoples shoulders in their blind spot!
Species: Ghost Dragon.
Age: He lost track after he died.
Orientation: Asexual. Romantically; only other undead.
Significant Others: His friends; Influenza, Zamora, Leo and Revenant. Reign; his bird.
Enemies: Nothing he can name.
Possessions: Unless you're talking of souls? Because quite a few of those follow him around! His skull, his shackles and his ghost fire lantern.
Skills: Ghost magic, black magic, demonic energy, necromancy, possession, haunting and summoning.
Career: Haunting...xD
Weaknesses: Sunlight, prayers, if anyone were to find where he was buried.
Likes: Graveyards, hunting for ghost orbs and spirits, darkness, the moon.
Dislikes: Death, demons, daytime.
History: Radix was the brother of a pack leader when he was alive. Her pack was hunted to the brink. After her mate abandoned her she took her own life. Radix was haunted by what he had witnessed and joined his sister and the afterlife spat him right back up again. 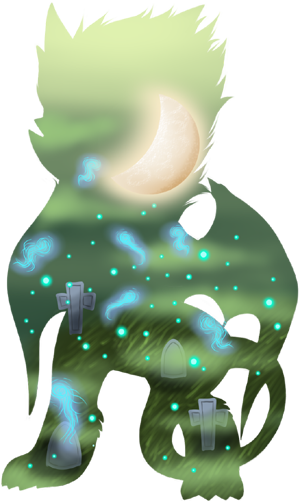