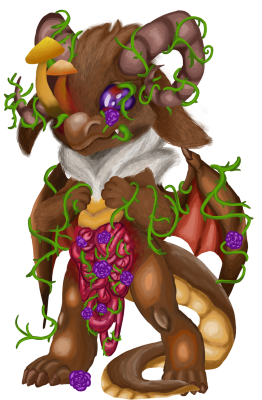 Lilianna Moon Beam is infected with Zombipathy. Eating brains relieves symptoms for a time, but comes with memories of the brain's former life. Your doctor recommends adding hot sauce for extra flavor, but a Golden Apple a day will send the Zombipathy away.

This is my precious baby Lilianna, she is a Thorn Bunny Dragon hybrid ^^ Other Adorable HS Done By @Kaygeelave