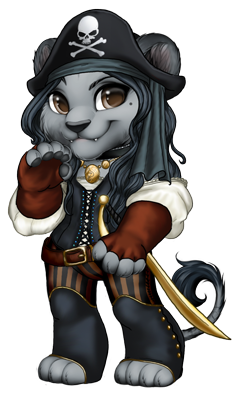 Ship: the Ransom (Brecht Round Ship)

Personality: A vulgar tongue and rowdy personality hides the sharp mind of a plotting, driven, ambitious woman.
Alexia is nearly always plotting and planning, her life is set up in 'stages' that she sets out for herself, each a new, and more impressive goal that she strives to meet. Her treasure-lust tends to be a cover for her strong devotion to her country and people. Those who pay attention will notice that a very large share of her acquired plunder goes back towards the community to keep the people happy and well cared for.


Merits: She's brilliant and constantly seeks to better herself and her people. Alexia can also be quite a 'party girl', knowing how to really have fun. Very goal-oriented and determined. She's frequently strategized numerous steps ahead and often has 'plans within plans' for most situations.

Flaws: Even with all of her planning Alexia still tends to fall back on impulsive ideas. She's rather conniving and isn't above petty lies to get what she wants. It takes an effort for Alexia to speak politely. She's often confused about how to deal with people from outside of her social structure, and through thoughtlessness has more then often wound up hurting those close to her.


Things you don't know about me:

I worked and scraped me way up from a young orphan, to cabin girl, to crew mate, to first mate, to Captain, to Queen. Yer life is what ye make it, everythin' ye could be wishin' for is there for the takin', if only ye have the ambition. 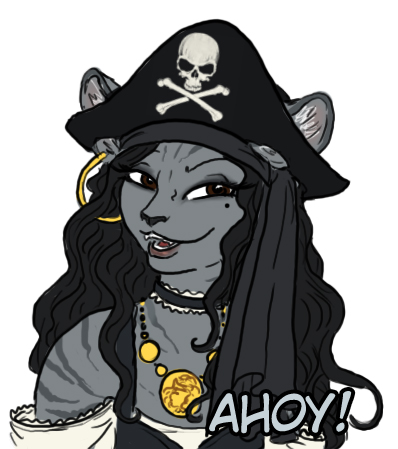