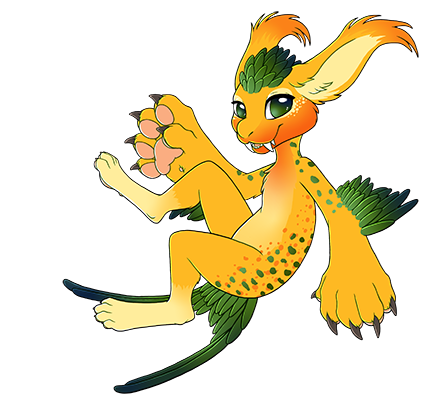 Esper summoned by Rhonden and who has some ties with Alex, though they never say outright what it is.

They are never staying still, and often will dart away from Rhonden, leaving the cripple behind as they explore and get into trouble. While they'd like to outsmart their summoner, the fact that Rhonden never talks and takes aaages to write things down, they lose interest too quickly, and spend their time elsewhere.

It is curious that Rhonden doesn't seem to mind, and no one can get a straight answer as to why he's summoned the Esper here.

Atsuki seems enchanted by them, and often asks them about their spirit.

Olume is known to try and challenge the esper, but can never get the better of Fol, whose tricks are second to none. However, Fol never shows any outright disrespect, because "they look good together", and Olume is willing to accept that, so long as she gets another chance to try and one-up the esper.

<Species by Rotsuoy and you can adopt your own here!!