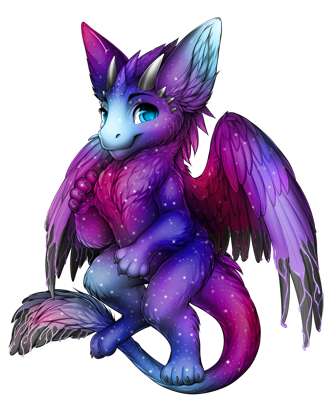 >>>Warrior Equips
---
Hello! Is a friend a here! This one 'a call the Zuezal, but the friends call a me a Beebo. You, too! Call me the Beebo! All a friend a here!
---
Beebo is a soft and frivolous fellow, never in a rush, and always has time for a chat or a snack! While her voice is often hard to understand at first, after time people begin to notice her style change--this is because Zuezal is very careful in who she speaks to, and changes her identity with each encounter; she is very guarded and shy about who she really is as a defensive mechanism--she doesn't wholly have the capacity to be a good fighter quite yet.

As a budding Astral Shifter, she lived most of her live in seclusion in the flourishing and ravish lands of the far Southeast, being taught by the Peacock harpies about the Way of fate and life. A quick study, she adopted some of their practices and ideas, but as she began to see her friends and home begin to fall into disrepair for no discernible reason, she set out to try and find someone to be able to help them, as the Harpies have to remain there, to do their best to find the source, and as their oaths dictate. Eager to put her astral abilities to use, and maybe to fully realize her power and ascend into either the Dusk or Dawn Astral Galaxy, Zuezal set out into the world, coming across the vast deserts of the middle South, scoured seasonally by the deadly basic rainstorms that are whirled up by the ocean.

It was there she learned harsh lessons which caused her to keep her identity secret--as it turns out, Astral Creatures are rare, and sought after by werebeasts, shifters, and men alike for whatever price they can then sell them for in the capitalistic society. However, also there, she found it was still possible to trust in the outside world.

The Eldest of the Necromantic Dragons gave her a new home away from home, and was the most promising to be able to save the Harpies.

Among the Eldest's family, she met Silt and their adopted kin, Lesuth and Lesath, a quaint pair of brothers. It was Lesath who called her 'Beebo' initially, and with Lesuth's garbled speech being able to handle it as well, the name stuck--and she was glad. She grew extremely attached to both of them, as Silt and the Eldest were often away, and both were grateful to Zuezal for looking after the pair, especially as in their current state, they... couldn't really support one another.

However, this is a tell for Lesuth, not really quite for Beebo... So!

((This is all from an original universe that I've created, known as Prian. If you have any questions about it, feel free to ask! Also, I'm usually pretty open to rp, and all this about Prian is simply used as reference to show that there is something I'm pulling from. You don't have to know anything about it if you want to rp with me, I'll accommodate for anything ^v^ it's all for fun! I am also aware I referenced a LOT of things in Beebo's bio that can be confusing, but this bio is the general gist of things, and I will flesh it out nicer later. Thank you for your patience!))