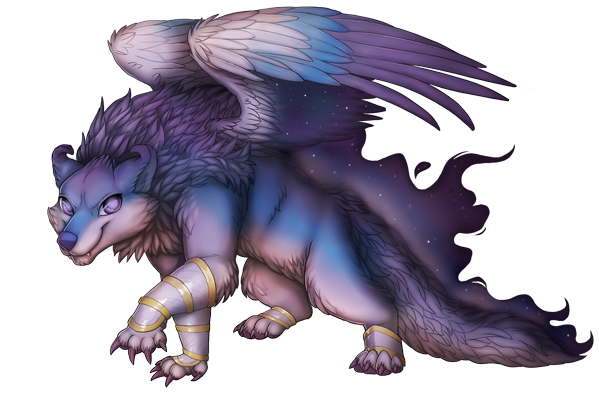 As a Quetzal Barghest, Lunar is more often found in mountain ranges, as close as she can get to the sky. More often than not she's prowling through the snow, and resting among the lower-hanging clouds,

Similar to Nyla, she is also a recorder and observer of events and happenings in the world below. However, she does this mostly for her own entertainment and knowledge. She learns about others, then decides whether or not to watch over them, and come to their aid if need be.

Likely in some sort of cahoots with Bao. Having some amount of stars herself, but not a true astral creature, she still has some amount of fascination with the sky.