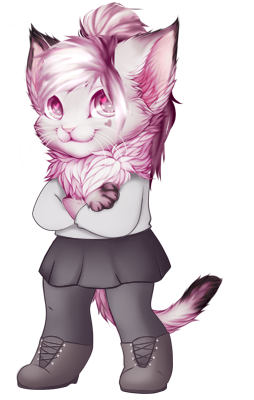 Silverr is infected with Lycanthropy. Changes into a beastly monster after exposure to moonlight or especially frustrating board games. Howling at the moon relieves the symptoms for a little while, but use a Golden Apple for best results.

Silverr is a quiet cat who keeps herself closed in, not opening herself up to many. But once she does, she is outgoing and fun-loving, sometimes even coming off as childish from how playful she can be. She is temperamental, often acting before thinking of the consequences, and she isn't afraid to start a fight or defend herself, physically or verbally. She loyally puts those she cares about above herself, working her hardest to make sure that they are happy and well.

She is a warrior who is working hard to keep her village safe, as well as to become stronger and hopefully become one of the strongest warriors of Quetzal Palace(any weapon/shield donations to help would be greatly appreciated!). She enjoys video games, singing, reading, writing, and drawing.

All art can be found here.