⚠️
This article needs to be updated after changes in gameplay regarding:

Animal Husbandry Career Guide
By: E
Animal Husbandry is classified as a Basic career, because it doesn't depend heavily on any other career to get started. It provides Animals to use as pets for your villagers. Each individual villager begins with 10 permanent Animal Stables and can add Animal Stables created by Construction Workers for additional slots. 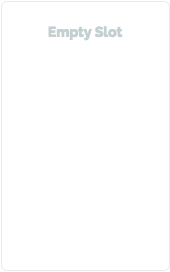 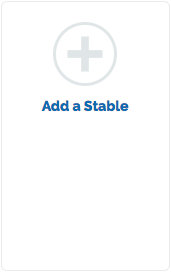 Your villager's Stables may be visually sorted from the drop-down menu:

You may change the actual order of the Stables through the Mass Management option Manage Stables by clicking and dragging.

You may also Export empty Stables and/or Animals by ticking them off. You have to save the changes with the large button at the bottom of the page. 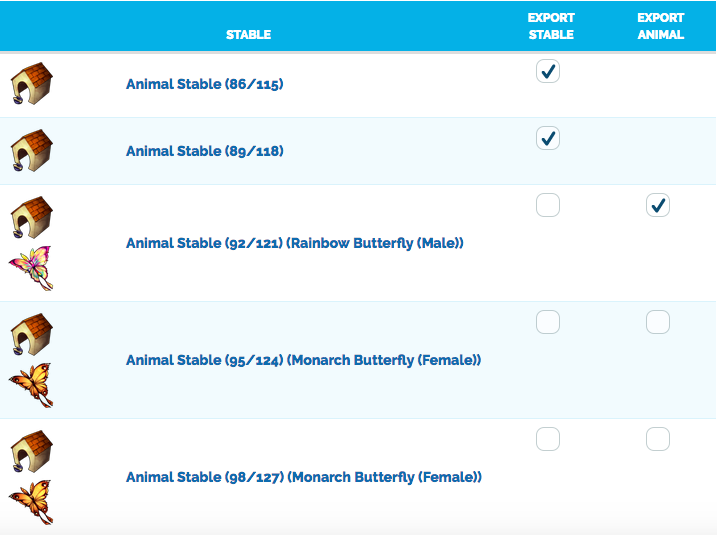 You can begin Animal Husbandry right away by sending your Villager out to attempt to Collect an animal. Your player account has an Hourly Attempt Cap of 10. 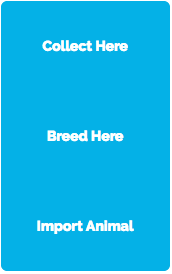 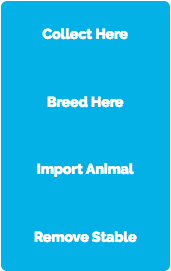 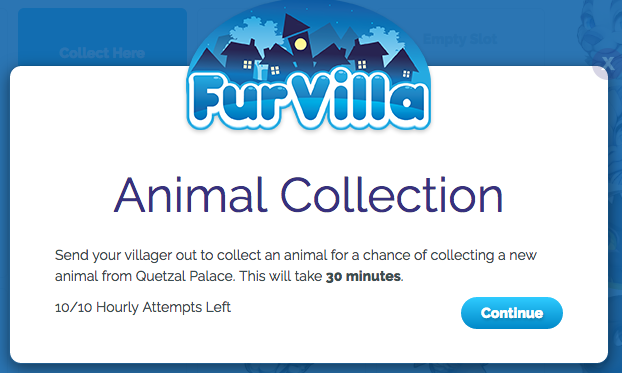 The account's Hourly Attempts resets at :00 of every hour.

It takes 30 minutes for your villager to complete their attempt at Collection. Your villager may not have found an animal when you Finish the action. 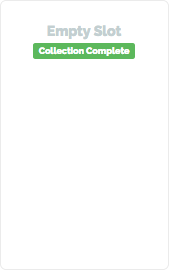 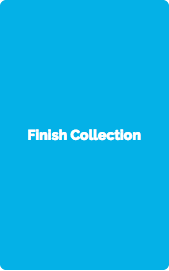 A successful Collection results in a random animal native to your Village. 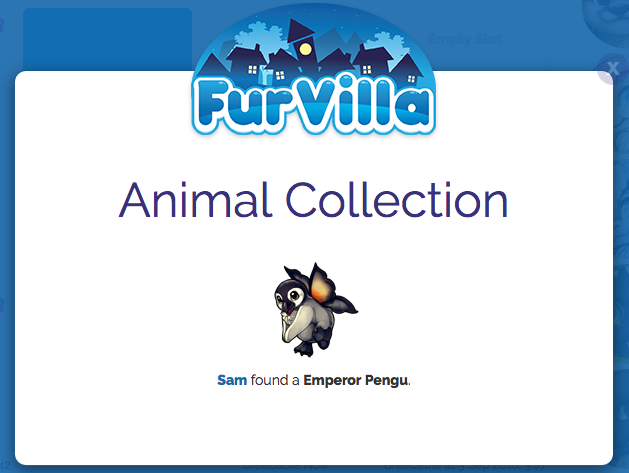 Applying one of four Costumes to the villager increases collection chance by 10%.

Aquatic Costume | Pirate Costume | Fairy Costume | Mythic Costume
An animal has 0/10 Domestication when first Collected. Your villager has to tame it if you would like to Export the animal to your Inventory. Each attempt at taming an animal takes 10 minutes and raises the Domestication level by 1 if successful. 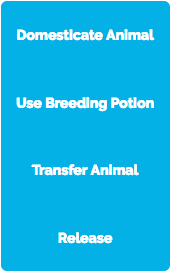 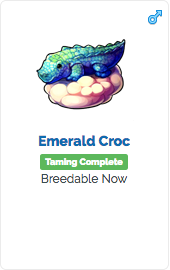 Animal Breeders with 100% mastery always succeed in domesticating that animal species going forward. They also fully domesticate an animal in one attempt, but the wait time accounts for all of the points. For example, it takes 100 minutes for the Villager to domesticate a 0/10 animal.

To Transfer an animal directly between Animal Husbandry villagers, you can click on any stabled animal to bring up the Animal Transfer window. Enter the ID of the Villager who is receiving the animal, select the desired animal if the one you clicked on isn't what you want to send, and Continue. 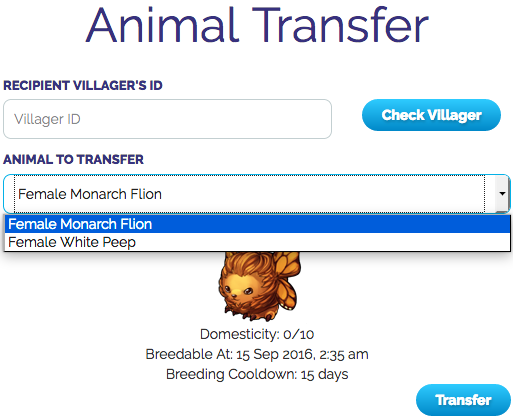 If your active villager is in Animal Husbandry, you can also visit the Career page of the villager you want to transfer to, and select Transfer Animal to bring up the Animal Transfer window. In this case, the Villager ID is already filled in, since you accessed it specifically from their page.

Animal Transfer is the only way to move animals that are not fully domesticated, but it also works for animals that are Domesticated. Likewise, you can Release animals of any domestication level. Releasing an animal removes it entirely from your account, and you cannot retrieve the animal. You are asked to confirm a Release, but not an Export.

If you don't want to bother with Collecting and Domesticating animals, you may buy fully Domesticated animals in your village's animal shop

, the FurDollar Emporium, the User Stalls, and from other users in the Item Sales forum. Animals originating from Explorers, Referrals, Official Contests and Events do not need to be Domesticated either. 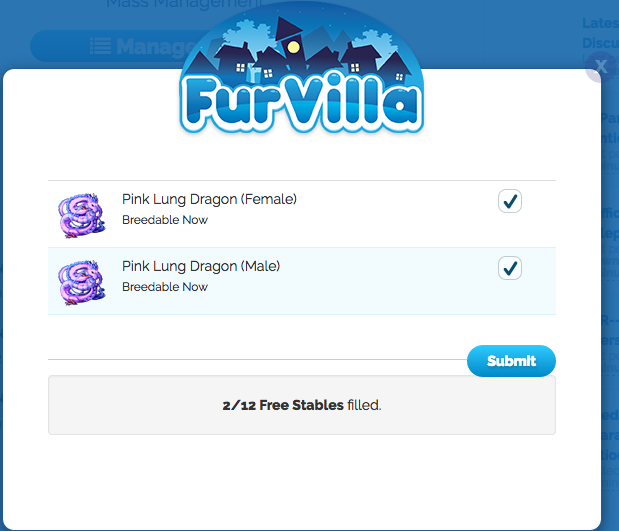 The selection window lists them in alphabetical order, but they will be imported following the Oldest to Newest order in your Inventory. Animals are imported into the first free Stable, so there is no choice in where you put the animals unless you import them individually. 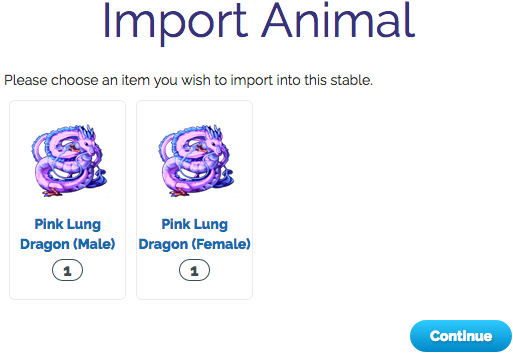 Animal Breeders can Collect animals only from their own village, but they can Tame and Breed animals from any village or feature. Animals are categorized by Color and Species Rarity as Common, Uncommon, Rare, Super Rare or Limited. The Rarity shown in the item's description is the Color Rarity. While villagers may collect any animal native to their village, they of course most frequently collect Common Colors of Common Species.

In order to breed animals, your villager must not be Collecting or Taming. Select Breed Here in any Empty Slot. Animals that are Breedable Now and in your villager's Stables show up in the Breeding window in the same order that they are located in the Stables. 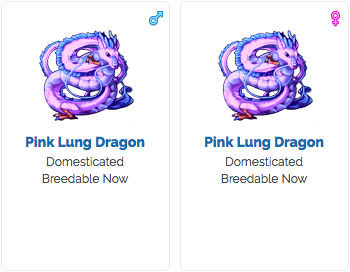 Animals have to be the same Species in order to be bred, so select the appropriate Female and Male to continue. 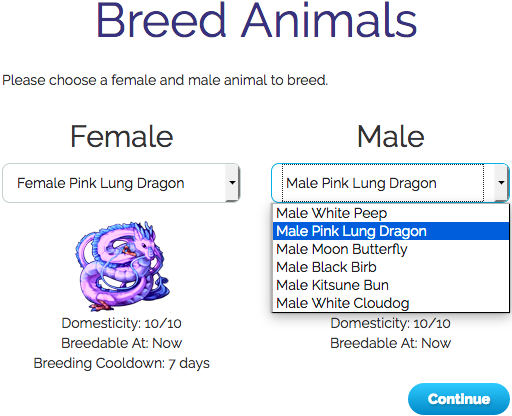 Your animals always produce 1 offspring with a Domestication level averaged from the two parents' levels. Female animals cannot be bred again until they reach the end of their Breeding Cooldown.

The two bug Species found by Explorers have a 3 day cooldown.

Limited Species have a set number of Breeding Charges or a limited breeding window before they become Sterile. Some Species are introduced as completely Sterile.

The Referral, beta period FurDollar Emporium and Knowledge Base Contest Limited Species have a 7 day cooldown.

The Referral and beta period FurDollar Emporium Species may have the Limited rarity designation, but they have Unlimited Breeding Charges like all of the Village animals.

FD Species from March 2017 are granted from boxes following the same percentages from February, but also have a 5 day cooldown and Unlimited Breeding Charges during the month of their release.

FD Species starting from April 2017 operate like March 2017's, but Super Rare Colors can be directly purchased for 2000 FurDollars.

Snow Festival and Serpent Festival animals were able to breed with a 1 day cooldown and Unlimited Breeding Charges for the two-week duration of their respective Festivals.

Serpent's Eggs acquired from completing the Serpent Festival mystery or from purchasing at the Gala for 5 Feathers hatch into all color variations of the Feathered Serpents. The eggs could be incubated by logging in for 30 days uninterrupted for a higher chance at rarer colors. The animals are completely Sterile and were never bred.

Olde Foxbury Tournament animals were able to breed with a 7 day cooldown and Unlimited Breeding Charges until July 1, 2017.

Wolves and Challengers Event Kitsunes were completely Sterile and were never bred.

Dragonsmaw Manor Great Harvest event animals were able to breed with a 7 day or 5 day cooldown and Unlimited Breeding Charges until November 30, 2017.

Animals with breeding limitations are still bred as normal until they run out of charges or their time is up.

If animals run out of charges and you happen to have a pack of ReVita-Bites Pet Treats from placing First-Third in the monthly Feast, you have the opportunity to restore charges with a ReVita-Bites Biscuit.

If you end up with an animal whose sex is the opposite of what you would like it to be, you can use a Breeding Potion to change it.

An animal in a Stable must not currently be in Transfer. Your villager can however be out Collecting or Taming another animal. Animals can also be any level of Domestication when using a Breeding Potion. You are also free to change the Sex from your Inventory, in which case the animal must be in your inventory. 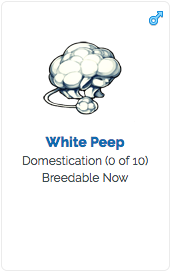 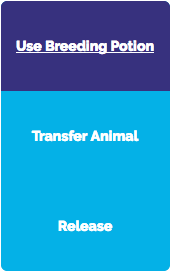 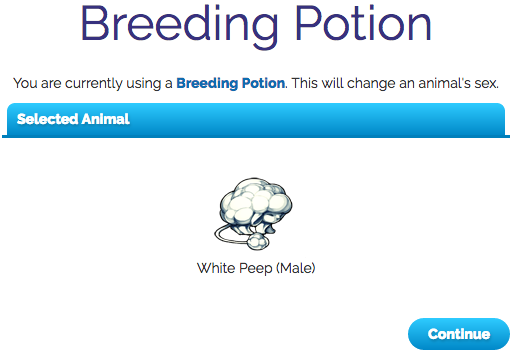 Clicking Continue immediately changes your animal's sex and consumes the Breeding Potion in your Inventory. There is no other confirmation. 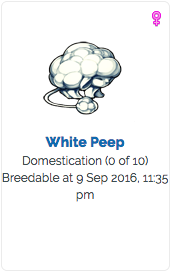 Your animal also follows its new sex's Breeding Cooldown regulations. Male animals completely disregard the Cooldown and can be bred at any time. However, its date of creation or last breeding is still part of its data, and the Breeding Cooldown is applied from that date when it becomes a Female. Conversely, when a Female changes to a Male, it becomes Breedable immediately.

If you would like to upgrade the Color Rarity of your animal by one level, you can use a Hallowed Potion to change it.

An animal must be in a stable for you to use the potion. There is a glitch with the potion rendering pets Sterile.

As with any Career, your villager has a chance of falling ill with each completed action. Collection and Domestication time are doubled for an Animal Breeder with a minor illness. Villagers with a major illness cannot work at all.

* * *
Animals that are Domesticated can be Exported into your Inventory, and from there you have a variety of options that are not directly related to the Animal Husbandry villager. Your animal can be transferred, traded, stored and sold like any other item. Unique to Animals though is the ability to be your villager's companion and to be displayed in the Menagerie.

The information box for the item in your Inventory allows you to give an animal to a villager that does not already have a pet.

A newly attached pet starts with

0 and gains 1 point each time you play with it. You can play with it starting 1 hour after it is attached, and again every hour after the last click. You can rename the pet with the pencil icon and detach it with the x. 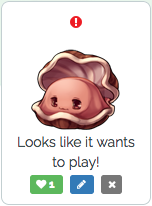 While it it true that you can unequip the pet at anytime, you lose the

points accumulated on that pet. Currently, pets can only bring back some FC for your villager, but there are plans to implement abilities. 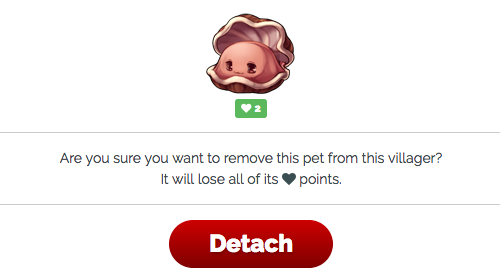 You may also use Quickstock to add Animals to your Menagerie, but it does not warn you about duplicates until after you Confirm the action.

Note: User Menageries used to be called User Stables, but were renamed to reduce confusion.

From your Menagerie page, you may visually sort your animals by Species, Village, Sex, Species Rarity, Color Rarity, Name and time added. 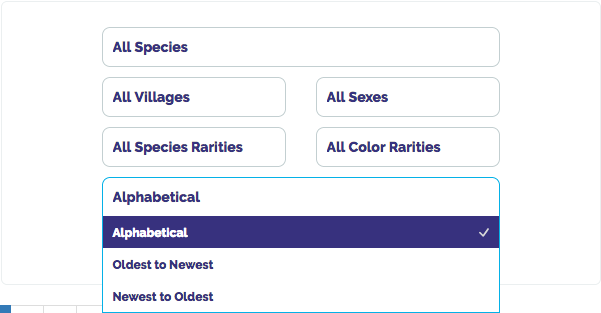 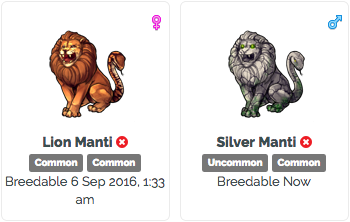 There are currently 1320 animals to collect in the Menagerie, as it holds both male and female versions. You may view an organized list of them in the Minipet Guide sorted by method of origin, Species Rarity (for village animals), and ascending Color Rarity.