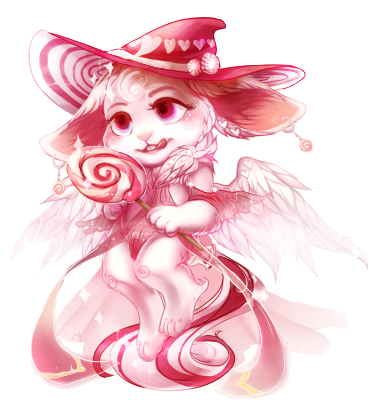 All comments by Alice are in-character.

If only we could have agreed more on taste, what we had could've been so sweet.
Oh my precious little child! How delectable you've become!

Alice was not one of Professor Hosta's protege; she was something so much worse. A stunning prospect, the two of them attended the same magic school. Alice was two years Hosta's junior, but the two of them shared many classes together, and occasionally even shared notes.

Hosta would deny any allegations now, but Alice fondly remembers their time spent studying together in the library or on school grounds, secretly exchanging their findings and discussing magical theory with a passion beyond both of their years. Their relationship might have developed to be romantic, if Alice wasn't so caught up in her own head, and Hosta was a more assertive man. Their fondness for each other was clear to everyone around them, and they even lived together for a short time.

However, Alice was scatterbrained, and young, and silly, and experimental. She was attracted to arts that Hosta wouldn't dare to dance with. The magic of giving life filled her with a desperate need. Her hunger for power, and perhaps her sweet tooth, led her to dabble in pursuits beyond her means.

Her first attempt at creation was feeble. The happy creature, a simple ooze, breathed its first breath in Alice's bedroom in the wee hours of the morning. It looked at her with large, smiling eyes and a dripping mouth. She gave it a home in a parfait glass, and there it lived.

When Hosta found out, he was livid. That was the end of whatever was between them. He kicked Alice out and told her that he wished to never see her again.

She didn't stop there.