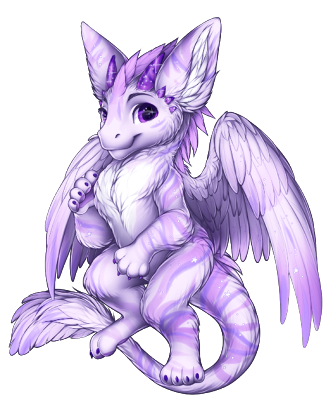 A complete mystery, Enigma seems different every time you see her. She usually just stares, but sometimes you hear whispers inside of your head. You can't make them out, but when you look to see if she is still there, she isnt. She may be behind you, she may be halfway across the Quetzal Palace...You never know. Tyler claims that Enigma makes crafts for her, but no one ever sees her move. Security cameras and any electrical devices fade out or heat up whenever she is near. Rocket and Tyler are the only things keeping her in that house for most of the time. Rocket seems to think that she is his friend, and Tyler loves the crafts she makes for all of them. The only sort of affection she ever shows is to other furries that are mute or only talk through telepathy.

Roleplays- Open
(Contrary to popular belief, Enigma is not mute. She just prefers not to use her vocal chords. The way Enigma moves is mostly though teleportation, but everyone has their theories. Most say she is extremely fast or some say she moves entire households to make it seem as if she moves. She looks different every time you see her, because the patterns on her fur are always moving)