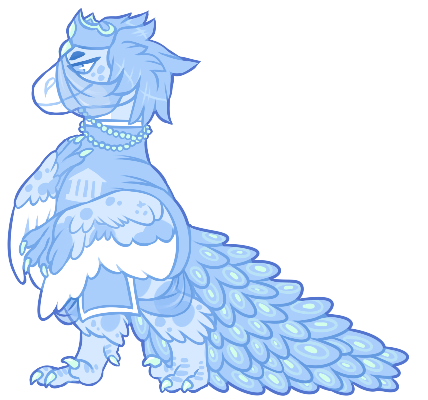 
Aakesh's parents were the current rulers of Halcyon, a settlement in Quetzal Palace. He was their heir, the next ruler of Halcyon. His parents raised him to be royalty and prepared him to be the next ruler. One day, his parents disappeared without a trace. Aakesh was then forced to become the current ruler of Halcyon despite his young age and slight lack of training.
Aakesh now rules over Halcyon. He occasionally asks help from other people of royalty within Quetzal Palace. He's still distraught over the loss of his parents, so he sends search parties to look for them.

A kind ruler. He cares about the people of Halcyon very much and tries to help them however he can. He hates conflict, but believes it is necessary sometimes. He has a lot of good relationships with other settlements in Quetzal Palace. Humble in being a ruler. He does not see himself as someone very important, rather someone who just represents the settlement.