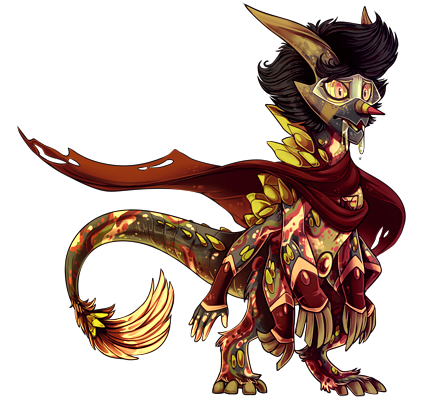 "You could be corrupted forever, you know that?"

Emerald had found herself a type of Pearl; this one was hues of amber, cocoa, cinnamon and steel, forming a copper tri-tone. But no greater Gem had owned her, and she was her own. Copper had found Emerald when she was most vulnerable, hiding in seclusion, terrified of the townspeople who wanted to hunt her down.

Copper was docile, and seemed to be one with nature and the earth. She made Emerald feel safe, even when suffering in the corrupted form of a monster. Soon enough, they began to rely on each other. Though Emerald needed her the most.

For so long, Emerald had hated this planet, and feared it. But Copper showed her an appreciation for the life here. Eme started to slowly understand why everything was so important. Perhaps even began to realise her own importance, given her place of creation was earth.

They survived the wilds of old Europe together, until the night they proved to be in serious danger. Emerald was still a fugitive, wanted for her hide. When the kingdom found her, she was not alone.

Before the royal blade could slice through her broken gem, she had formed into Bloodstone. Now she was two, and had Copper closer than ever. Even though they both knew the corruption was contagious, it was the only way to survive.

THIS PAINTIE WILL BE UPDATED SOON