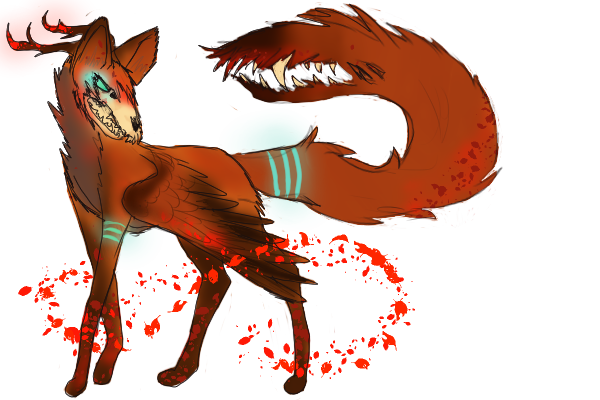 Once a great and handsome prince of his people, Either was cursed by someone he once called friend. For he wished to court Ether's beloved.

Ether returned home thinking his beloved would accept him no matter what, but he was wrong. She was afraid of him and tried to run away. Ether had grabbed her tying to stop her but soon learned that to touch the living was a death sentence. Ether was now a reaper of souls and, upon touching her, his beloved perished.

Ether went into the forest wanting to die for his mistake. Unfortunately the curse had not only changed his featured but also gifted him with immortality.

Ether was stuck, a shadow of his former self, wandering the forest mixing potions trying to cure himself and searching for someone to accept him.

Ether was greeted by an unfamiliar sight, a young blue female of his species wandering alone in his wood?? what a foolish child! he went to investigate the interloper and dispatch her swiftly. He had no time for intruders.

However, upon seeing her he couldn't strike her down. he wasn't sure if it was her odd colored eyes so full of wonder instead of malice or fear or perhaps the fact that she had so obviously been abandon in this horrid place just as he had.

Whatever it was it melted a small part of his heart and he instead chose to watch over the young one. perhaps some company wouldn't be so bad after all. 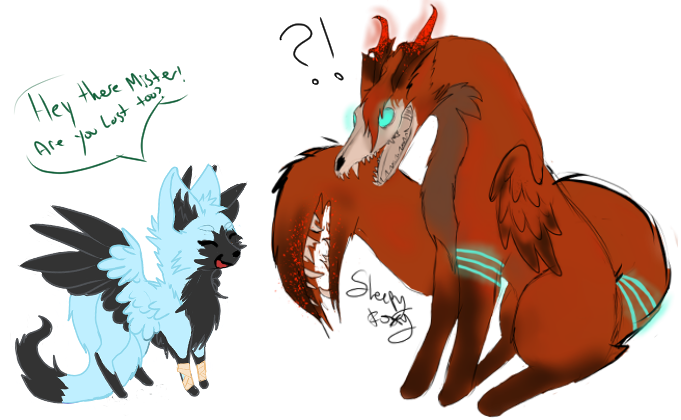