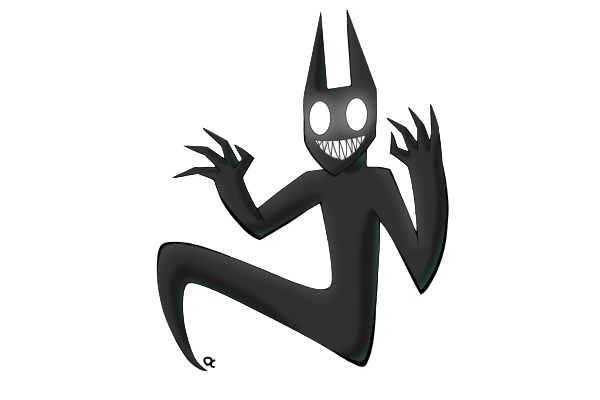 The Void is infected with Lycanthropy. Changes into a beastly monster after exposure to moonlight or especially frustrating board games. Howling at the moon relieves the symptoms for a little while, but use a Golden Apple for best results.

Age
N/A, The Void is ageless
Height
N/A, The Void can be whatever height/length it wishes
Personality
ruthless, mischievous
Likes

The Void started out as a computer virus that would simply erase files. Over time, it changed into something worse. Eventually, it was able to not only infect computers and erase files, but it was able to get inside any and all kinds of electronics and completely erase the device's ability to function. It wouldn't damage it physically or electronically in any way, and it wouldn't delete files- it just made whatever it infected devoid of functionality, hence being called The Void.

Finally, its abilities evolved to the point where it was able to possess anything that uses electricity in order to function, including living things. However, its effects on living, conscious beings are different...