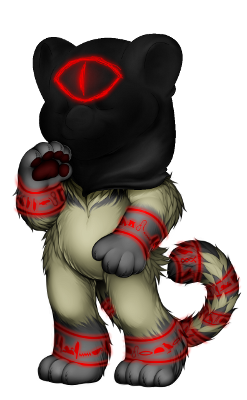 Subject is infected with Lycanthropy. Changes into a beastly monster after exposure to moonlight or especially frustrating board games. Howling at the moon relieves the symptoms for a little while, but use a Golden Apple for best results.


Day One: This is scientist Elton James reporting in. Working underground isn't as bad as I thought it would be. Sure the air can get a bit stuffy at times but that's quickly fixed by a quick visit to the ventilation system. Most of the other scientists seem nice and understanding, but it makes me wonder. Why are we here? It must be huge for the pay check I have gotten. I am off to meet my co-workers.

Day Three: The food here is rather swell! The lunch ladies and men certainly know what we're doing. We just finished our meeting and I am shocked to say we will be exploring some ruins. Why hire scientists for an archeologists job? Are we gonna test samples? Why not just mail them to us in the comfort of our own labs? It's too late to back out now giving the contract I signed, but I am a bit put out.

Day Four: Nothing...we have found nothing of interest to me. I must admit it is cool seeing it in person, after all these ruins don't match any civilization we know of as of late. What were the people in charge thinking hiring us?

Day Six: I can't believe it..Life! We've found life! We went to the deepest we have ever gone today only to reach a strange dark room. We found what appeared to be a coffin and one of my colleges thought it would be wise to take a peak. The room gave me bad vibes but I didn't stop them as my curiosity was at a all time high. When the lid was pushed off we all felt like we were about to faint! For in that coffin was a bundle of fur of different colours. Cat-like in appearance. It sat up and we noticed it had a black bag on its head with, what I hope, bright red ink on it. It was stunned silence before Kevin made a small sound. No response. Thirty minutes of trying to communicate lead nowhere. Kevin went to get a supervisor however as he left the cat thing followed him. I don't know what is going on but I am ever excited to find out! However...a sense of dread claws at the back of my mind. The eye..I see it when I close my eyes.

Day Seven: It makes no violent gestures towards us when we try and examine it thankfully. We are unable to get a gender so we have taken to calling it a..well..it. Kevin uses he and him while Amy uses her and she. I use it....for that thing is not like anything I have seen. The hood it wears is impossible to get off. We have tried tugging, cutting, and slipping but it won't budge. I swear the pupil moved to watch me while I tried...I need more sleep.

Day Nine: We have given it the name Subject 122100. The runes on its paws and tail seem to change day by day, a different language each time..interesting.

Day Eleven: DNA samples show us it is indeed cat based...but..the rest we have no idea. We left it alone with cameras to record its behavior but all it does is sit and..stares. I'm sure of it, that eye can see! Hours on end. What does it want? Friend or foe?

Day Twenty-Five: Amy had to go home, she had a panic attack in the middle of the night. Screaming and sobbing....poor girl. Its that darn things fault! Its silent as always but I know it watched her shriek with sick pleasure.


Day n̶̅͛́̐ͫoͪͦ͜ ͩ͌̏ͣ̄́m͆̄͂õͮ̆͑̇r̵ȅͨ̍̔͛ͥ͋: Everyone's gone...gonegonegonegone. I'm locked in my room.......................but I know! I know! It comes for me! I won't let it get me! It thinks it can win! It can't nononono in the silence of this underground oblivion I will defeat this evil! I WON;T LET IT GET TO ME.