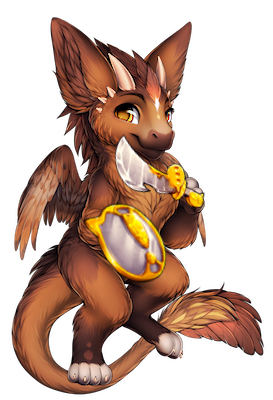 HE FIGHTS DISCOURSE, HE PROTECTS YOU FROM DISCOURSE, ONLY IF YOU COMMENT "save me from the discourse dutchie" BELOW.

In the deep, snowy forest inside the lands of Tigereye Peak, a small village of furries lived there. The nearest market was very far, so they would send one villager to pick up supplies and everything for the whole village. Dutchie, a young teen Dutch Angel Dragon, had his first travel to the marketplace. The area was full of chat, sales, and many more. He noticed, a very large area with tents called "threads", of a place, called the Fourms. Dutchie, upon finding the Fourms, he walked closer to listen into the conversations going on, until he heard very loud shouting, attracting passerby to toss their 2 cents in the conversation.
This, was the great discourse. Many villagers fell for its trap that lured the furries in, causing them to be a part of it. Dutchie didn't like what was going on, he saw a old manokit, who was calling for help, but nobody bothered to come to her. Dutchie left to go help her, and upon helping her for she dropped her large bags of items to take it to her cart...
she smiled. "Thank you,,, kind sir. I've never seen anyone like you before, so,,, thanks for helping. Take this." Upon hearing those words, Dutchie was handed 2 things. a shiny, bright golden sword, sharpened to a fine quality point with rubies studded on the handle part. Under that was a gleaming, shiny shield, sparkling with bright gold and silvers, under the sunlight beaming on the marketplace area. While admiring it, he stopped to say thank you to the kind black and white manokit, but she was gone already.
These weapons, were used to fight. To fight, the discourse, in question. He had slain the people causing the arguments with the mighty Sword of Discourse, causing the area to be peaceful once again.... Soon, these weapons will be used another time.

★
a young pineaplle was born with a crippling lack of independent thought or originality. Having been sold into and purchased from slavery while nameless (for a bargain basement price under 5 dollars!) she was free to choose her not only her destiny but also her name! This turned out to be quite a waste as she went to the first website for 'furry name generator' that Google churned out and chose any old name that didn't sound dumb or male. Actually, the first name she picked was Quenth, the Real Protector of Life, but that was over 25 characters so she just kept clicking the 'Get furry names' button for a while until she had given up and had just went with the name of "a young pineaplle".

Even well after her remaining three days of childhood a young pineaplle failed to mentally mature, not in a quirky-cute kind of immature but more the sad, hollow personality kind of way. She spends most of her time agreeing with people so they'll like her, and avoiding work. Rather than go on grand furry adventures to collect frozen cold shit, a young pineaplle works at a Tim Hortons in the Westbrook mall. That's where she curses at Dutchie under her breath for hours. Dutchie, the manager, who reprimands her for coming in late all the time and not setting the timer when frying timbits, is a young pineaplle's greatest rival. She blames Dutchie for stealing the manager position out from under her even though she truly knows she'd never make manager, he's even originally from another store.

Sadly a young pineaplle's true quest is to come to grips with her own mediocrity. Even when lying to stranger's at random parties she only claims to be an assistant manager at Tim Hortons, for even her dreams have settled.