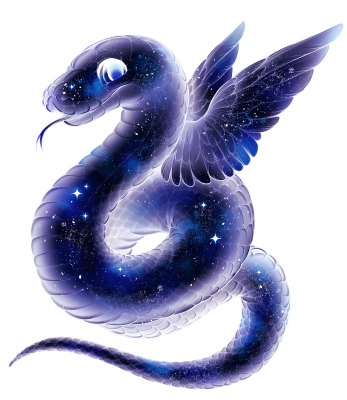 Piet is a very reformed character these days, having finally accepted herself for who she is. She's now very bright and outgoing, laughing, joking, and simply glad to take time to enjoy life. She is still discovering herself, but overall she's an adventurous and sympathetic friend, who is finally recovering from her past.

Some time ago, she had both of her legs and tail amputated, as well as severe damage to her eyes, all for the purpose of some scientific research. She had something that qualified her as suitable--being an adequate "power source" for a destructive dinosaur-like robot that had been created. It was a supercomputer, highly mobile, full body piece of armor, with an advanced AI system to hopefully give the robot some sense of self. It was a resounding success, so much the robot really blew everyone away (in the literal sense and figurative) and went on a rampage. Piet, at the time, had been within this mechanical being, kept barely alive through the machines, mentally hooked up into it by the spinal cord; the robot had a thick plating running down the spine, which hooked into directly to her spinal cord and into the nape of her neck, giving the robot full control of her body. When she was eventually freed, this same programming allowed her to control the robot as well, given the AI wasn't plugged into the spine (as the AI dwelled entirely in the head section of the robot). However, waking up in the body of a ruthless murderer, half blind and missing practically half her body--it was something that sent her reeling for years, and is something she may never get used to, but she now accepts. The scientists never wanted the energy source to part from the robot, so they did their best to make her dependent on it--and she's glad to say they failed. She is just as fine in a wheelchair as in the bottom half if the armor (she plugs the spine in, slips the legs on, and tossing a loose shirt and bell bottom pants or a dress on and she feels fine). In town, she alternates between the two with no trouble, and sometimes Azha carries her around (for old times' sake. Also, warm and soft friend).

That was all years ago, and she's grown up a lot since then, to who she is today--with a slight mischievous streak, but active pals with most of the town, and trying to snoop in on everyone's life. She wants to know it all, and sees the reclusive Chimer, snide Bao, and bratty Azel (though Rhonden is also pretty cagey) as challenges, and sometimes plots with Jaquerel and Mia about how to get to know them better. Though Mia is a tough customer, and won't talk about either Rhonden or Chimer, but she's still fun to be around. And now, with the new addition of the nervous Flare, there's a lot to keep her occupied.
She does, when alone or with Azha, get noticeably sad sometimes and restless. On more than one occasion she's left town for a few days, only to return disheartened, putting on a brave face. She tries very hard to not be melancholy or let depression gnaw at her again, but something just feels off, and Azha knows it too.

Piet doesn't like to fight, and she's nearly sworn it off entirely once or twice, but she never seems to stick to it. She wants to protect her friends, and the quality that makes her a "good power source" makes her a frightening force to reckon with. That, and having only a headless suit of robo-dragon armor helps.

Piet explores to help Jaquerel out, but also because she's so good at it! Her mechanical lower half can move at crazy speeds, so she can explore a lot in a short amount of time! She also loves discovering things and introducing herself to others, just, being out in the world now as who she truly is!

She's playing a lot more than exploring though--she drags her pals off into the snow, because it's something she's only seen like, what, twice before in her life?! And both of those times she never played in it! Time to make up for all those lost opportunities of FUN! (...Too bad he isn't here. It's okay though, she has double the fun to make up for his absence, so that she has more to tell him when he comes back.)