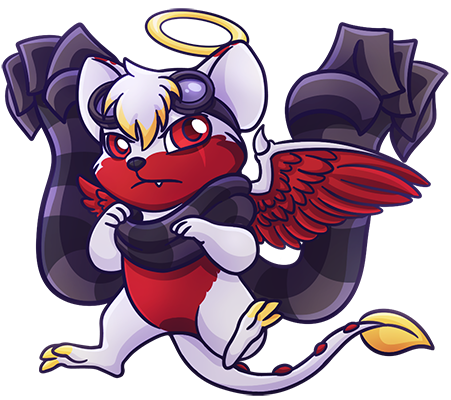 Tanker is infected with Vampirism. Symptoms include craving blood, sensitivity to sunlight, an allergy to garlic, and changing into a bat after especially forceful sneezes. If they start to sparkle, immediately consume a Golden Apple to cure the infection.

paintie art done by dedenne art below done by me An irate small rodent with a stolen magic scarf. Spent his younger years as a thief and con man till one day an exiled nobleman changed his life. After attempting to rob the noble, Tanker's escape went afowl when a misstep plundged him into a river. The noble, who hot on his tail, pulled the struggling rat out of the fast moving waters....He was amazed at Tankers prowess with a blade, and Instead of turning the thief into the authorities, give him an opportunity to work as a guard. He really doesnt do much guarding per se but he's not complaining; It's a steady paycheck.